As publishers try to deal with the massive disruption to the book industry in the wake of the COVID-19 pandemic, many are bracing for another big blow that could arrive over the coming weeks as more retailers open their doors.
May 21, 2020 4:52 PM By: Canadian Press 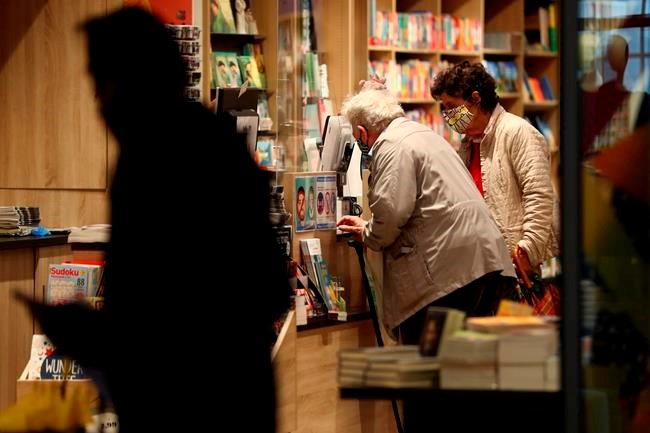 As publishers try to deal with the massive disruption to the book industry in the wake of the COVID-19 pandemic, many are bracing for another big blow that could arrive over the coming weeks as more retailers open their doors.

A massive return of books stemming from the two-month run of closed doors at bookshops and retail outlets could be a crushing financial hit for many domestic publishers, particularly the smaller independent variety.

"Publishing has always been a precarious business," said Sarah MacLachlan, publisher of the Toronto-based House of Anansi Press.

Books that don't sell often end up back in the publisher's warehouse, MacLachlan said, "and that's a big problem and it could sink people. There is absolutely no question about that."

Noah Genner, the CEO of the Booknet Canada trade association, said while many retail outlets shifted in recent weeks to online sales, curbside pickup and delivery, there was still a major drop in sales at English-language bookstores across Canada for the eight-week period after mid-March.

Bookstores and retail outlets are now heading into a new season with much more product on hand than normal, with only so much retail space to showcase new items.

Kate Edwards, the executive director of the Association of Canadian Book Publishers, said a full-credit return policy was established nearly a century ago. The premise, she said, was to allow retailers to take risks on new writers or stock up in anticipation of new releases.

Rob Sanders, the publisher of Vancouver-based Greystone Books, said those returns may not come in until later in the year and can have a significant impact on the bottom line.

While publishers are used to the ebbs and flows of seasonal production and demand, the onset of the pandemic presented a unique challenge.

"Most publishers were just getting their books into the market," Sanders said. "The orders had been placed, the books were being fulfilled, or at least they'd been printed and then they got to the market, and things shut down."

Sanders said he experienced a revenue drop of just over 50 per cent last month and was expecting a lot of returns from retailers.

As bookstores and retail outlets have opened their doors over the last week or two as provincial restrictions have eased, staffers are dealing with balancing unusual inventory levels and it has publishers feeling anxious.

"Expectations have changed and the books are coming back," Edwards said. "Whether the stores will reorder, what quantity they'll be reordering at for the rest of the year (is uncertain). The question about fall books is we're not close enough to when those orders would be placed by bookstores to have a sense of what that's going to look like.

"So the last couple of months has been really challenging for us, especially for small publishers."

There has been some financial relief, with the federal government announcing last month that it would provide $500 million in emergency support funding for cultural, heritage and sport organizations.

However, the problem for many publishers is they could be feeling more pain over the coming weeks or months.

"Our anxiety is around being flooded with books coming back into our warehouse," MacLachlan said. "So we're aware of that and we're trying to come up with some ideas about how to re-invigorate the stock that is actually in bookstores now and try to encourage booksellers not to send that back."

She added that they are floating some marketing ideas, and discounts may be an option too.

There have been some signs of optimism on the domestic book scene. Genner said there has been an uptick in ebook sales and overall book sales have been on a slow, steady rise after bottoming out in early April.

However, he also reported that "huge swaths" of books that were supposed to be published this spring and summer are being delayed into the fall or next year. Long-term industry-wide question marks remain, he said.

"The margins that we're all operating under as an industry, both on the publisher side and the retail side are very, very thin, as they are in much of retail," Genner said. "There's not a lot of room to compensate for downward trends.

"If this goes on for a long time then I think we're all fairly concerned."