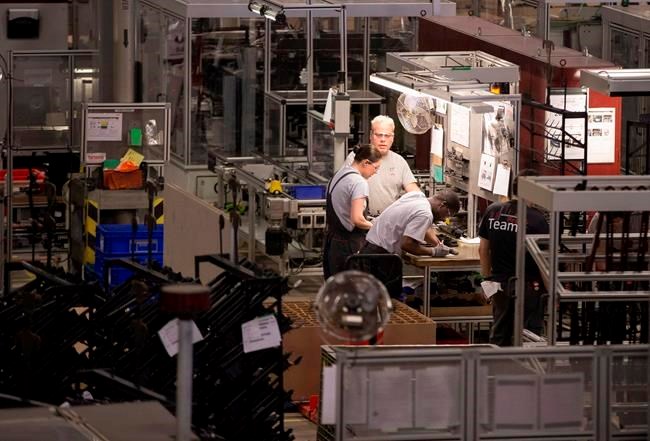 The agency said manufacturing sales rose seven per cent to $53.1 billion in July, helped by gains in the motor vehicle and parts sector, however they still remained 5.4 per cent below their pre-pandemic level in February.

Economists had expected an increase of 8.7 per cent for July, according to financial markets data firm Refinitiv.

"While the level of sales remains below where it was in February, the upward trend over the last few months indicates that activity is normalizing," TD Bank senior economist Sri Thanabalasingam wrote in a report.

However Thanabalasingam added that the easiest part of the recovery is over and that the hard part is next.

Manufacturing sales rose in 13 of the 21 industries for July.

Sales in the transportation equipment industry rose by 24.1 per cent in July, boosted by a 32.9 per cent gain in motor vehicle sales as auto manufacturers shortened or skipped their summer shutdowns this year. Sales of motor vehicle parts rose 38.9 per cent.

Higher prices and volumes helped petroleum and coal product sales climb 13 per cent in July, however they were down 39.4 per cent year-over-year. The plastic and rubber product industry sales rose 15.1 per cent.

Food sales fell 1.7 per cent in July due to lower seafood sales.

Statistics Canada said lobster sales were disrupted after the Chinese government enacted new testing measures in June for live and processed lobster imports before they can enter the country.

Restaurant Brands International reports Q3 profit and sales down from year ago
Oct 27, 2020 10:53 AM

S&P/TSX composite down in early trading, U.S. stock markets mixed
Oct 27, 2020 10:46 AM
Comments
We welcome your feedback and encourage you to share your thoughts. We ask that you be respectful of others and their points of view, refrain from personal attacks and stay on topic. To learn about our commenting policies and how we moderate, please read our Community Guidelines.