TORONTO — When the impact of COVID-19 led Hongwei Liu to temporarily lay off some employees and slash company forecasts, the founder of Waterloo, Ont.
Apr 7, 2020 3:15 PM By: Canadian Press 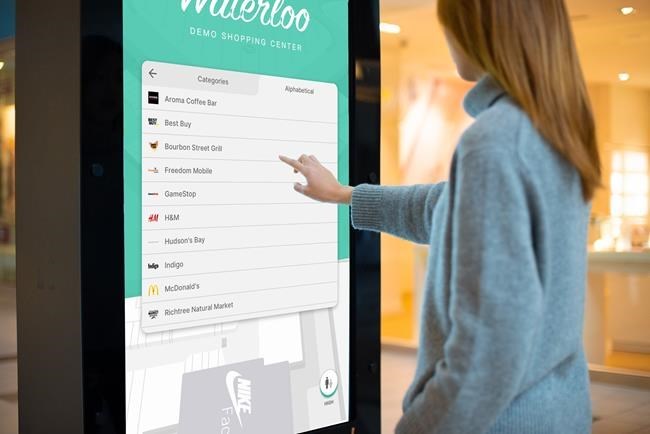 TORONTO — When the impact of COVID-19 led Hongwei Liu to temporarily lay off some employees and slash company forecasts, the founder of Waterloo, Ont.-based technology startup MappedIn hoped he might qualify for a helping hand under the federal government's emergency wage subsidy.

Like many other small businesses across the country, the indoor digital mapping developer expects to be hammered by the economic fallout caused by the virus — except proving it on the financial books isn't so simple right now.

MappedIn operates like many software-as-a-service technology firms do, by "aggressively scaling" the size of their business based on minimum growth forecasts, and hiring more staff to keep that growth trajectory, Liu said. The problem is, none of his forecasts could've anticipated how a virus would slam the economy, or how it'll likely trickle down into his company's results sometime later this year.

He expects new client growth to slow as retailers, shopping centres and sporting arenas tighten spending across the board, including on new technologies like digital maps. It shows up in forecasts, but not in the financials.

"We went from our best year ever to a nuclear winter forecast," he said.

"Our new signups have completely stopped, we went from 100 to zero on that, and now we're just we're battening down the hatches and going to ride out the storm."

None of this nuance would be recognized by the federal government under the Canada Emergency Wage Subsidy, and that's left many entrepreneurs feeling as if the lifeline being offered to some doesn't extend to everyone who needs it.

In order to qualify for Ottawa's emergency wage subsidy, companies need to prove their revenues have dropped 30 per cent from a year ago. That will open the gates to financial relief that would cover up to 75 per cent of an employee's wages for 12 weeks, retroactive to March 15, around when COVID-19 first began to seriously affect Canadian businesses.

The wage subsidy will be embedded in the Income Tax Act, Justin Trudeau said on Tuesday, and so it will require legislation approved by Parliament. The goal is to encourage companies to re-hire workers and help the recovery, but the subsidy still hasn't rolled out, and not everyone is happy with what they've heard so far.

A survey conducted by the Canadian Federation of Independent Business of its members released Apr. 6 showed that small businesses are divided over the effectiveness of the subsidy, with 29 per cent saying it will help them avoid further layoffs, while 37 per cent said it will not help them at all. Another 21 per cent of businesses surveyed said they aren't even sure it would help.

Liu said for MappedIn, the wage subsidy qualifications don't recognize the financial hurdles he expects to face months from now as malls, retailers and other industries reduce in their spending as they attempt to reopen stores.

He's confident MappedIn will survive, since they're already near breakeven partly from staff reductions, but he feels if the government is looking to help businesses get back on their feet, the subsidy could be less restrictive.

"I appreciate what our government leaders are doing during this unprecedented crisis," Liu said.

"I am disappointed, however, that the massive stimulus package leaves high-growth (software service) startups to fend for themselves."

Paul Hayman, a realtor who doubles as a consultant for small- and medium-sized businesses, said technology companies aren't the only ones feeling left out of the government support. He's heard from contractors who say their business models don't necessarily fall under the 30-per-cent test because their revenues can be "lumpy," with year-over-year models not reflecting the complexities of when products or services can be recognized in the steps of delivery.

"Many businesses have a longer sales cycle where they sell the product on March 1 but they don't see the revenue until June."

Dan Kelly, president and CEO of the CFIB, said business owners still have an array of questions as they try to understand a program that's unprecedented in its size and scope, and arriving "so late in the process" that it's already missed saving some employees' jobs.

"There are millions of Canadian workers that have already been laid off," he said.

"The feds have been hoping that many employers would be using this to hire them back — and that certainly could be true in many cases — but I don't think that would be widespread. If an employer has already gone through the difficult task of laying their employees off, potentially giving them vacation pay, a record of employment to collect employment insurance, perhaps even termination pay, they're unlikely to reverse all of that and hire them back."

Kelly sees other design flaws in the subsidy as it stands, including that it won't roll out for up to six weeks, leaving a lot of businesses to fend for themselves until at least mid-May in hopes they'll survive.

"That, for most employers, is three payment cycles from now," he said.

And then there's the 30 per cent revenue test, which Kelly said he agrees with in spirit, but recognizes is riddled with holes. He said if a company that launched over the past year is looking for help, it's going to be impossible for them to provide year-ago revenue figures. The government hasn't addressed how they intend to deal with those cases.

Also, Canadian businesses that have grown significantly over the past year may struggle to demonstrate how they've suffered financially using a year-over-year model.

"Just the fear that if your sales go down by 27 per cent you'll get zero subsidy, that will say to some business owners, 'I can't afford to take the risk,'" Kelly said.

"If they've already paid out workers their regular pay, and they don't get the subsidy, they (may) go bankrupt... so the safer option, in many cases, might still be layoffs."

Real-life scenarios like these need to be addressed by the government in the coming days, Hayman said, as the window for survival narrows for some business owners.

"I was speaking to a roofer... and he said, 'I don't really know what the rules are yet, so I don't know if I can keep my people,'" Hayman explained.

"The lack of clarity is causing a problem for these small guys," he added, "even though the feds may think they have it straight."

This report by The Canadian Press was first published April 7, 2020.