Saskatchewan to lift COVID-19 restrictions on restaurants, gyms in June

REGINA — The Saskatchewan government says restaurants, gyms and nail salons can reopen in about two weeks.
May 21, 2020 7:22 PM By: Canadian Press 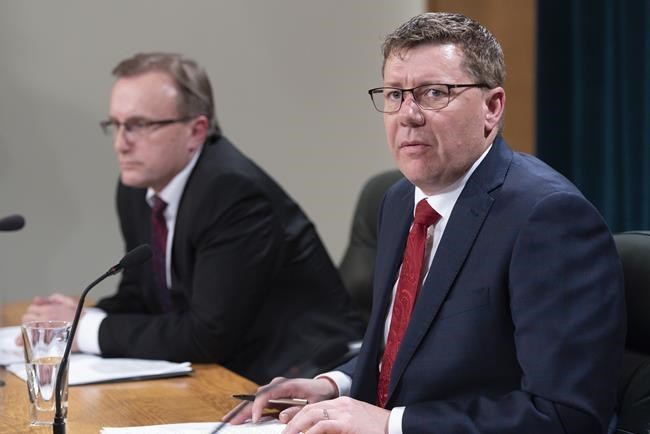 REGINA — The Saskatchewan government says restaurants, gyms and nail salons can reopen in about two weeks.

Starting on June 8, restaurants will be allowed to operate at half capacity and restrictions will also lift on some personal care services, childcare centres and places of worship.

The government also plans to increase its 10-person gathering limit to 15 people indoors and to 30 for those outdoors. The increase wasn't supposed to happen until a later date.

Premier Scott Moe said while 30 may not seem like a lot of people, it could allow for a wedding or a graveside funeral to take place.

"Just because it's 30, doesn't mean that every gathering has to be 30," Dr. Saqib Shahab, chief medical health officer with the province, told a news conference Thursday.

"You still want to maintain physical distancing. You shouldn't go if you're unwell. You still need special precautions around people who are elderly or may have other risk factors, in terms of hugging."

The province reported Thursday two new cases of COVID-19 in the far north region, bringing its total number of infections to 622. So far, 509 people having recovered and seven have died. Another five people are in hospital.

Earlier this week, hair salons, barbers and retail stores opened their doors for the first time since they were shut down in March due to the pandemic.

Although reopenings so far seem to be going well, Shahab said there have been some reports of crowding.

"We really need to work with business owners who've gone a long way to reopen in a safe manner," he said.

This report by The Canadian Press was first published May 20, 2020