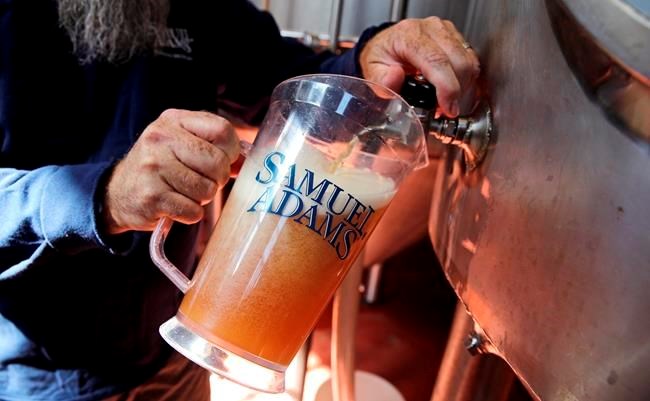 The Boston Beer Co. says it will create a subsidiary to serve as a Canadian research and innovation hub for non-alcoholic cannabis beverages.

The subsidiary will help the company develop and pilot pot drinks ahead of the possible federal legalization of cannabis in the U.S. and other countries.

Boston Beer says the subsidiary will be led by Paul Weaver, who previously worked for Canopy Growth Corp. and Molson Coors.

In the third-quarter of 2020, Ontario consumers bought $3.6 million in cannabis beverages from retailers and $555,000 through the provincial pot distribution website.

This report by The Canadian Press was first published May 17, 2021

Companies in this story: (TSX:WEED, TSX:HEXO)