DORVAL, Que. — Canada's Transportation Safety Board is calling on the federal government to simplify its rules around airplane landings to prevent approaches in poor visibility.
May 21, 2020 1:10 PM By: Canadian Press 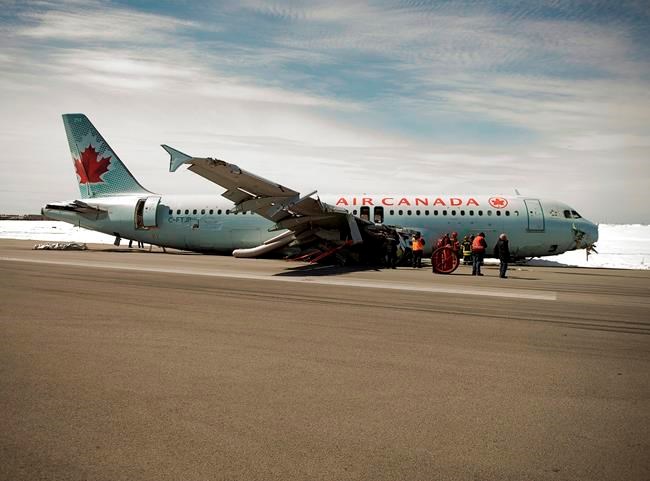 DORVAL, Que. — Canada's Transportation Safety Board is calling on the federal government to simplify its rules around airplane landings to prevent approaches in poor visibility.

An investigation by the agency found the rules governing an aircraft's approach "confusing and ineffective" at preventing pilots from attempting to land in bad weather.

The investigation arose after a pilot barely touched down on the runway in heavy snowfall and then overran the strip in Havre-Saint-Pierre, Que., in February 2018, causing damage to the plane and minor injuries to four of the six passengers.

The safety board says Transport Canada regulations around approach limits and visibility are "too complex...and contain many exceptions that can be misinterpreted." Flight crews have to consult multiple reference documents to determine if a landing is allowed.

The agency also says that air traffic control will clear an aircraft for approach regardless of the published minimum weather limits, leaving the ultimate decision to the pilot.

On top of simpler rules, the safety board is recommending that Transport Canada work harder to stop approaches and landings "that are actually banned."