TORONTO — The chief executive of Rogers Communications Inc. said Tuesday that it's the right time in history to decide what to do with the company's sizable investment in Cogeco, which owns large cable systems in Quebec and Ontario.
Sep 15, 2020 5:16 PM By: Canadian Press 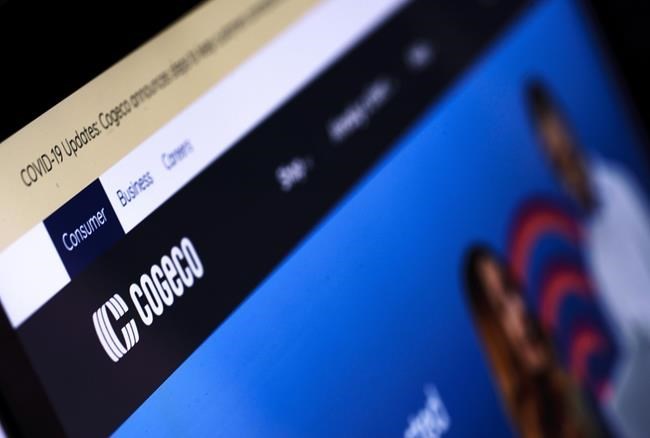 TORONTO — The chief executive of Rogers Communications Inc. said Tuesday that it's the right time in history to decide what to do with the company's sizable investment in Cogeco, which owns large cable systems in Quebec and Ontario.

Rogers CEO Joe Natale said his management team and the Rogers board have wrestled for years with what to do with a 33 per cent direct and indirect equity stake in Cogeco — which has flatly rejected a recent $10.3-billion takeover offer by Altice USA Inc.

He said the COVID-19 pandemic has demonstrated the value of good internet connections — which industry experts say will increasingly be delivered through a combination of fifth-generation wireless and land-based fibre optics networks.

Rogers is looking at its medium- and long-term investments in every province, including Quebec — where Rogers has a presence in the wireless market but not in residential internet or cable.

"We're asking a very fundamental question. Do our plans include Cogeco territory or not?" Natale said at a virtual conference hosted by BMO Capital Markets.

"I'd hate to miss this technology and investment cycle, and not to have answered the question. .. . It's a question that's been 20 years in the making."

Natale said he wouldn't detail how Rogers and Altice USA Inc. will respond to the Audet family's rejection.

"We're patient. We're working our way through this. This is a marathon, not a sprint, as you've heard our partners from Altice say."

Cogeco's chief financial officer later told the same conference that it can continue to grow in Canada and the United States as an independent company.

"The Audet family has made clear statements that they're not selling and they want to see the company continue to play its role in the development of leading broadband services in regional and rural parts of Ontario, Quebec and the 11 states we operate in," Cogeco CFO Patrice Ouimet said.

The largest cable systems in Canada's two biggest provinces are controlled by three families: the Rogers family in Ontario Quebecor's Peladeau family in Quebec and the Audets, who began the family business in Trois-Rivieres, Que., in the 1950s.

Ouimet suggested Cogeco still wants to offer a wireless service in its territory by partnering with mobile virtual network operators, or MVNOs. He said Cogeco is waiting to see the outcome of a federal regulatory review of rules that make it difficult for MVNOs to compete with facilities-based wireless carriers such as Rogers, Bell, Telus, and Quebecor's Videotron.

An MVNO partnership might be possible in the United States, Ouimet said but added that Cogeco's priority for U.S. investments is more acquisitions of internet, cable and phone operations. Cogeco's Atlantic Broadband subsidiary currently operates in 11 eastern states from Maine to Florida.

Deeper job cuts at Boeing as pandemic throttles air travel
Oct 28, 2020 6:37 PM
Comments
We welcome your feedback and encourage you to share your thoughts. We ask that you be respectful of others and their points of view, refrain from personal attacks and stay on topic. To learn about our commenting policies and how we moderate, please read our Community Guidelines.