TORONTO — Ontarians won't be asked to provide proof of their pre-existing health conditions to access a COVID-19 vaccine during the second phase of the province's immunization effort, the health minister said on Monday.
Mar 8, 2021 6:27 PM By: Canadian Press 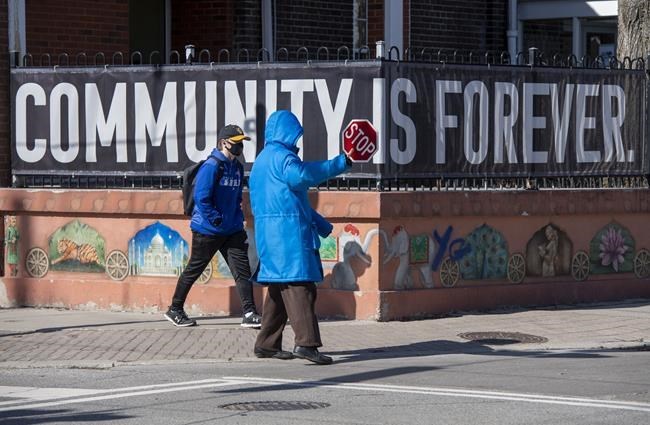 TORONTO — Ontarians won't be asked to provide proof of their pre-existing health conditions to access a COVID-19 vaccine during the second phase of the province's immunization effort, the health minister said on Monday.

Christine Elliott said she believes most people will come to clinics when they are permitted and not take advantage of the honour system. Vaccinations in the broader public are expected to ramp up in the coming weeks following the approval of a fourth vaccine and larger shipments coming into the country.

Vaccines will be offered starting in April to people with specific health conditions, like organ transplant recipients, those living with obesity and those receiving treatments that suppress the immune system.

Elliott said local public health units will screen people as they arrive at the clinics and may be able to check with a person's family physician, but that will not be mandatory.

"We haven't run into very many of those situations," she said. "People are following the rules, they are coming in at the appropriate time, they're being very patient, and they want to make sure that people who are the most at risk are going to be given their vaccinations first."

A spokeswoman for Elliott later noted that many individuals with pre-existing health conditions may not use the province's upcoming vaccine booking portal or have appointments at mass vaccination sites.

"Most of these vaccinations will be administered through other channels, such as specialty clinics or through their existing health care providers who already have the individual’s health records on hand," Alexandra Hilkene said in a statement.

Vaccinations among the highest-priority Ontarians, including long-term care residents and staff, are wrapping up, and some local public health units have already begun offering shots to others in their communities, starting largely with those over age 80.

First vaccine doses were completed as of Monday in 31 fly-in Indigenous communities, in what the province called a "milestone" in its effort to provide protection against the virus in remote areas.  Ontario aims to complete second doses in those communities by the end of April.

Meanwhile, Ontario reported 1,631 new cases of COVID-19 on Monday, but the government said the case count was higher due to a "data catch-up process" in its system. The province also recorded 10 additional deaths linked to the virus.

The three regions were the last to move back to the government's colour-coded pandemic response framework.

Toronto and Peel entered the strictest "grey lockdown" category, as requested by top public health officials in both regions.

That allowed more retailers to open, with restrictions, but gyms and personal care services remain closed. Restaurants can only offer takeout, drive-thru or delivery.

In Toronto, lines of shoppers were seen outside stores that reopened after being shut for months. Some said they were excited to be able to shop in-person at those retailers again.

Ontario's top doctor said residents should refrain from non-essential shopping trips even though restrictions have loosened.

"You shouldn't go unless you really need to go," Dr. David Williams said.

"I know for some that was as much of a social activity in the past. I'd really discourage that at this time strongly, because you don't want to risk exposure, especially with the variants of concern, it doesn't take much to happen."

Williams said the province is in a "race against time" as it ramps up its vaccination campaign while more contagious variants of COVID-19 continue to spread.

Officials said Monday that a common mutation in all three "variants of concern" circulating in Ontario was found in more than 30 per cent of new cases last week.

Williams said following common public health advice across all levels of the framework -- distancing, wearing a mask and staying home where possible -- will help prevent a spike in variant cases that could compromise the health-care system.

Toronto's top doctor also urged continued caution amid rising variant cases, which she said represented nearly 40 per cent of all cases in the city based on the latest data.

"We've seen this before. If we give COVID-19 an inch, it will take a mile," Dr. Eileen de Villa said, asking residents to remain patient as the city vaccinates more people.

This report by The Canadian Press was first published March 8, 2021.

- with files from Shawn Jeffords and John Chidley-Hill.