After a 10-month review, a task force commissioned by the Ontario government has issued a range of sweeping recommendations to reform the province's securities regulator.
Jan 22, 2021 1:57 PM By: Canadian Press 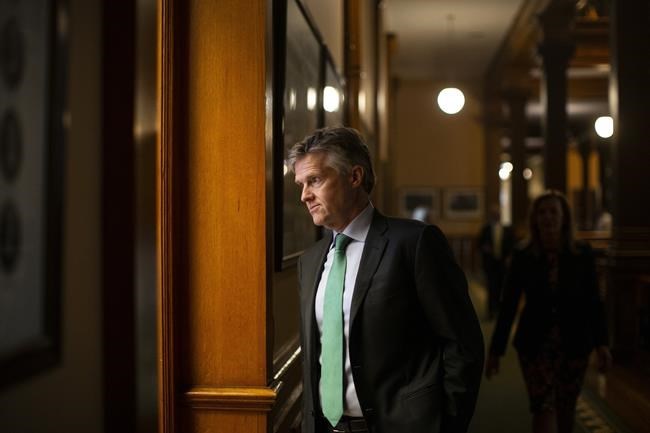 After a 10-month review, a task force commissioned by the Ontario government has issued a range of sweeping recommendations to reform the province's securities regulator.

The Capital Markets Modernization Task Force's more than 70 recommendations include major governance changes to Ontario Securities Commission. These include splitting the agency's adjudicative and regulatory enforcement roles by separating its CEO and chairman positions, and creating an adjudicative body within the OSC to rule on alleged securities act violations.

"The recommendations we have made are generational in their impact on the Ontario capital markets," Walied Soliman, the task force's chairman, said in the report.

The task force also suggests expanding the agency's mandate to include growing the capital markets and augmenting its regulatory function. The task force recommends that the agency change its name to the Ontario Capital Markets Authority to reflect the broader mandate.

The task force was commissioned in 2019 by Ontario's finance minister, with the goal of encouraging growth and competition in the province's capital markets. Ontario's capital markets regulatory framework hadn't been reviewed since 2003, the report says.

In the report, the task force decried the lack of new securities issuers in Ontario, which they warned could lead to a reduced level of investment in the province.

"The decline in new issuers and initial public offerings in Ontario is alarming," the task force wrote. "The real consequences of this trend are fewer head offices, fewer entrepreneurs, and fewer growth investment opportunities, all of which could drive Ontario to become a 'branch plant' economy."

By issuing guidance that would bolster the Ontario securities regulator's enforcement powers, the task force said it hopes to level the playing field for market participants and provide increased transparency regarding the enforcement process.

Over the course of its investigation, the task force met with more than 110 different stakeholders as it was developing its recommendations.

Note to readers: This is a corrected story. A previous version referred to the OSC's review as an investigation.