FREDERICTON — The New Brunswick government is now forecasting a deficit of $299 million dollars for 2020-21, instead of the $92 million surplus it projected when it released its budget this spring.
May 21, 2020 4:49 PM By: Canadian Press 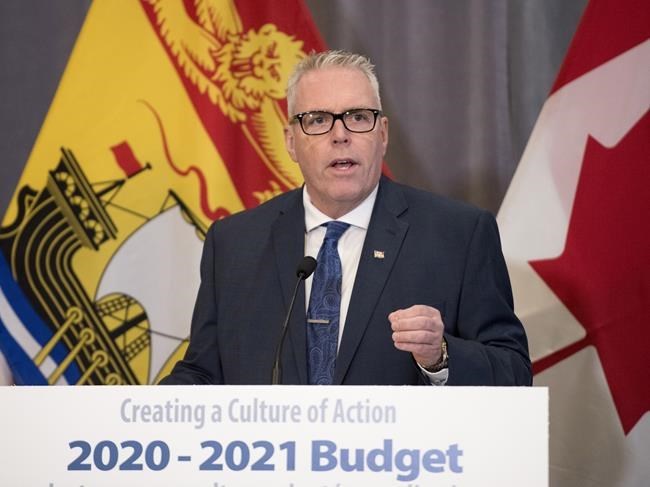 FREDERICTON — The New Brunswick government is now forecasting a deficit of $299 million dollars for 2020-21, instead of the $92 million surplus it projected when it released its budget this spring.

"The surplus turned into a deficit in a heartbeat," Finance Minister Ernie Steeves said Thursday, adding COVID-19 has created a situation unlike anything experienced before.

Revenue is projected to be $291.4 million lower than budgeted because of the effects of the pandemic.

Expenses are projected to be over budget by $100.2 million, of which $39.5 million is offset by federal revenue.

"When the federal programs wind down, there could be more bad news," Steeves said. "We're just trying to save money where we can and help people where we can. This year is just one aspect of it. It's going to take years to recover."

Premier Blaine Higgs has stressed the need for federal infrastructure funding to be flexible in order to meet the unique needs of his province.

Liberal finance critic Roger Melanson says the province's Tory government needs to take advantage of federal money it has been leaving on the table.

"We have an agreement signed for the last two years when it comes to affordable housing," he said Thursday. "It's a $300-million program cost-shared by the federal government and the province, and we have not benefited from that yet because the provincial government has not given their financial responsibility yet."

Melanson said the money would create affordable housing for people who need it and stimulate the economy, "because our construction industry and tradespeople would have some work.

Green Leader David Coon said he fears the actual fiscal and economic impacts may turn out to be much worse than the numbers released Thursday.

"They are projections based on four weeks of data. It is largely the result of reductions in revenues in April and projecting them forward," Coons said.

"I don't think we can put a lot of faith in any of the projections yet."

Coon said a lot will depend on how New Brunswickers patronize businesses in the province and what happens in the United States and other export markets for New Brunswick goods.

Steeves said the economic impacts of the pandemic are only beginning to be understood.

He said as more businesses reopen, people need to think about "buying local" to help those businesses survive.

The province is moving to the next phase of its reopening plan Friday to open more businesses and services.