LOS ANGELES — Netflix said Friday it is establishing a $100 million relief fund for workers in the worldwide creative community affected by the coronavirus-caused halt of most film and television production.
Mar 20, 2020 7:35 PM By: Canadian Press 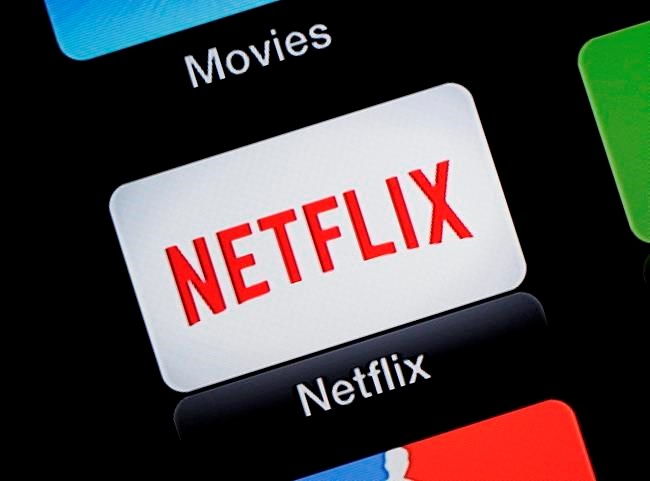 LOS ANGELES — Netflix said Friday it is establishing a $100 million relief fund for workers in the worldwide creative community affected by the coronavirus-caused halt of most film and television production.

“This community has supported Netflix through the good times, and we want to help them through these hard times, especially while governments are still figuring out what economic support they will provide,” Ted Sarandos, Netflix's chief creative officer, said in a statement.

The majority of the fund will support hard-hit crews on Netflix's own productions around the world, Sarandos said, and will supplement the two weeks of pay the company already agreed to pay the cast and crew on suspended productions.

Electricians, carpenters and drivers, who largely are paid hourly wages and work on a project-to-project basis, are among the hundreds of thousands in the entertainment industry without jobs, he said.

More than 120,000 jobs have been lost by members of IATSE, the International Alliance of Theatrical Stage Employees that represents cinematographers, editors, production designers and others, according to The Hollywood Reporter. The publication cited correspondence to members from the International Cinematographers Guild and Motion Picture Editors Guild.

In an effort to support the broader film and television industry, $15 million of the Netflix fund will be distributed to “third parties and nonprofits providing emergency relief to out-of-work crew and cast in the countries where we have a large production base,” according to Sarandos' statement.

In the U.S. and Canada, Netflix said it will donate $1 million each to the SAG-AFTRA Covid-19 Disaster Fund, the Motion Picture and Television Fund and the Actors Fund Emergency Assistance in the United States, and $1 million between the Fondation des Artistes and the AFC, formerly known as the Actors' Fund of Canada.

Elsewhere, including Europe, Latin America and Asia, Netflix is with industry organizations to create similar relief efforts, Sarandos said, with announcements planned next week on funding those efforts.

“What’s happening is unprecedented,” he said. “We are only as strong as the people we work with and Netflix is fortunate to be able to help those hardest hit in our industry through this challenging time.”

Efforts to contain the spread of the coronavirus have left the entertainment industry reeling, with the suspension of most productions, closures of movie and Broadway plays and concert postponements. With many people housebound by choice or government restrictions, streaming services such as Netflix, Hulu and Amazon have been a bright spot for the industry as well as consumers.

In an effort to keep its pipeline from shutting entirely, Netflix squeezed the last days of production out of its drama series “The Crown,” which was concluding its season-four taping this week in London.

The vast majority of people recover from the new virus. According to the World Health Organization, people with mild illness recover in about two weeks, while those with more severe illness may take three to six weeks to recover.

When the performers union SAG-AFTRA announced earlier this week that its foundation was creating the virus fund, actor and guild President Courtney B. Vance said there had already been a “major spike” in applications and requests for help from its members.

“I am strongly asking leaders and members of the entertainment industry to donate to the foundation so that performers and their families will be given the critical support they need,” Vance said in a statement Monday. The fund will help members cover expenses including rent, mortgage, utilities and medical bills, the guild said.