RAINBOW LAKE, Alta. — Husky Energy is cleaning up after one of its pipelines in northwestern Alberta spilled 900,000 litres of produced water, a byproduct of oil and gas extraction that sometimes contains residual petroleum and chemicals.
Oct 28, 2020 7:13 PM By: Canadian Press 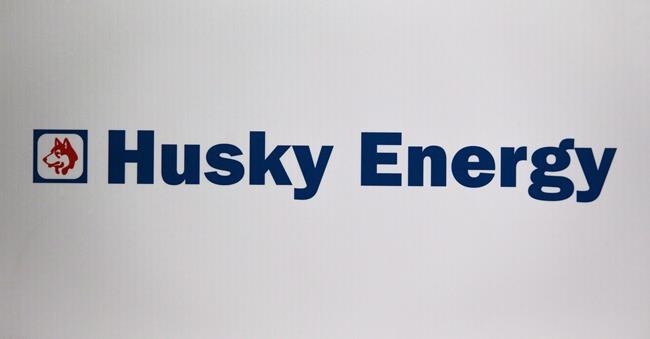 RAINBOW LAKE, Alta. — Husky Energy is cleaning up after one of its pipelines in northwestern Alberta spilled 900,000 litres of produced water, a byproduct of oil and gas extraction that sometimes contains residual petroleum and chemicals.

The Calgary-based company said Wednesday it discovered the leak during a daily inspection on Monday morning and immediately shut down the pipeline.

The Alberta Energy Regulator said it happened about 15 kilometres southeast of the town of Rainbow Lake and that "salt/produced water" spilled into a low-lying wetland.

Husky spokeswoman Dawn Delaney said in a statement that the spill has been contained.

"Cleanup efforts continue, including the use of pumps and vacuum trucks. There have been no observed impacts to wildlife and fencing is in place to keep wildlife from the area," she said.

"Husky’s first priority is the safety of its people and the protection of the environment in the communities we operate in. We are undertaking a thorough investigation of this incident."

Husky initially reported a spill of 500,000 litres to the regulator, but Delaney said the amount was increased after an initial investigation.

The energy regulator has not confirmed the amount spilled or determined a cause, said spokesman Jordan Fitzgerald.

"The AER reviews the cause and circumstances of each incident," he said in a statement.

"If we determine that Husky is not in compliance with our requirements, we have a number of compliance and enforcement tools to bring them back into compliance."

That could include a warning, fine or prosecution.

In July 2016, a Husky pipeline spilled diluted heavy oil into the North Saskatchewan River, harming fish and wildlife and forcing three Saskatchewan cities to shut off their water intakes for almost two months.

Forty per cent of the 225,000 litres that spilled got into the major waterway near Maidstone, Sask.

The company was fined $3.8 million last year after it pleaded guilty to three environmental charges.

Cenovus Energy announced on the weekend that it had reached a deal to buy Husky for $3.8 billion in shares, which would make it the third-largest Canadian oil and gas producer by total output.

— By Lauren Krugel in Calgary

This report by The Canadian Press was first published October 28, 2020.

Venezuela judge convicts 6 American oil execs, orders prison
Nov 26, 2020 11:44 PM
Most actively traded companies on the Toronto Stock Exchange
Nov 26, 2020 7:04 PM
Comments
We welcome your feedback and encourage you to share your thoughts. We ask that you be respectful of others and their points of view, refrain from personal attacks and stay on topic. To learn about our commenting policies and how we moderate, please read our Community Guidelines.