TORONTO — Hudson's Bay Co. has filed a lawsuit against the landlord of several of its department stores, alleging a failure to operate and maintain "first class shopping centres.
Oct 27, 2020 6:34 PM By: Canadian Press 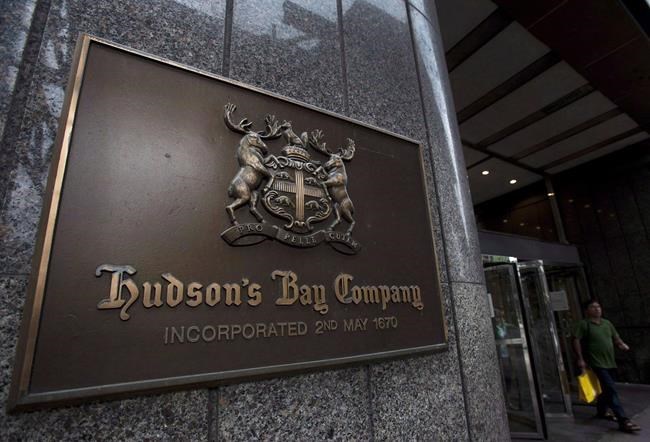 TORONTO — Hudson's Bay Co. has filed a lawsuit against the landlord of several of its department stores, alleging a failure to operate and maintain "first class shopping centres."

In a statement of claim filed in an Ontario Superior Court, HBC alleges that Oxford Properties Retail Holdings is in breach of lease agreements and the contractual duty of good faith.

The retailer claims that Oxford, which has a portfolio of malls including the Yorkdale Shopping Centre in North York, Ont., and the Square One Shopping Centre in Mississauga, Ont., has refused to deliver suitable premises since reopening after COVID-19 shutdowns.

The claims have not been tested in court.

Oxford said in an email that HBC's complaints are without merit and that it is confident of prevailing.

“HBC has not paid rent since April 1 at most of our shopping centres across Canada, and seven months of recurring attempts to engage the company in a constructive dialogue were repeatedly ignored," it wrote.

“Recently, HBC has begun to raise frivolous and self-serving complaints concerning the operations of multiple shopping centres in a transparently disingenuous attempt to retroactively justify its decision to stop paying rent."

HBC says in the filing that the landlord has refused to adapt its shopping centres to the pandemic and no longer provides a retail environment viewed as safe or attractive by the public.