Goldman Sachs and Malaysia reach $3.9B settlement over 1MDB 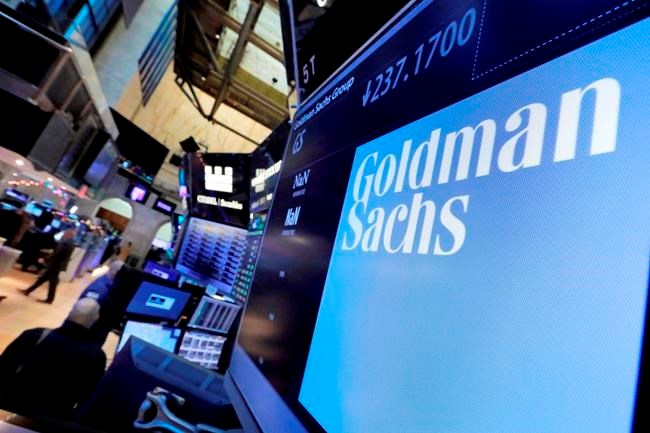 KUALA LUMPUR, Malaysia — Malaysia’s government said Friday it has reached a $3.9 billion settlement with Goldman Sachs in exchange for dropping criminal charges against the bank over bond sales that raised money for the 1MDB sovereign wealth fund, which was looted of billions of dollars in a massive scandal.

Malaysian and U.S. prosecutors had alleged that the bond sales organized by Goldman Sachs provided one of the means for associates of ex-Prime Minister Najib Razak to steal billions over several years from a fund that was ostensibly set up to accelerate Malaysia’s economic development.

Najib is on trial on multiple corruption charges linked to the scandal after his election ouster in May 2018. Goldman and two of its former executives were charged in December that year with alleged breaches of securities laws including misleading investors over the bond sales. Another 17 former and current Goldman executives were also charged last year over alleged roles in the fraud.

The finance ministry said in a statement that Goldman agreed to pay $2.5 billion in cash and guarantee that Malaysia gets at least $1.4 billion in proceeds from assets bought with the bond money that have since been seized around the globe.

It said the deal was a sharp jump from Goldman’s previous offer of $1.75 billion in 2019 and will avoid lengthy and costly court battles. The settlement came after a new government, which includes Najib’s Malay party, took power in March following a political coup. It is lower than the $7.5 billion settlement that the previous government had sought.

“With today’s settlement amount and the monies that Malaysia has already received from the U.S. Department of Justice, more than $4.5 billion will be returned to the people of Malaysia,” the ministry said, adding that the government is committed to recovering other outstanding assets.

It said the deal showed that Goldman acknowledged misconduct by its two former employees and will not affect Malaysia’s charges against fugitive Malaysian financier Low Taek Jho, identified as an alleged mastermind of the fraud, and other parties in the scandal.

Najib set up 1MDB when he took office in 2009. It accumulated billions in debts and U.S. investigators allege at least $4.5 billion was stolen from the fund and laundered by Najib’s associates.

Public anger over the alleged corruption contributed to the country's first change in its governing coalition since independence from Britain in 1957. The new government installed in 2018 reopened investigations into the scandal that had been stifled under Najib's administration. Najib is currently on trial on multiple graft charges. He denies the charges and has called it a political attack. His wife, Rosmah Masnsor, and stepson, Riza Aziz, were also charged in the case.

Prosecutors recently dropped charges against Riza following a settlement slammed by critics as a sweetheart deal. It came after the ruling alliance that ousted Najib collapsed in February, with two-time Prime Minister Mahathir Mohamad resigning in protest when his party formed a Malay-centric government with Najib’s party and several others. The king subsequently appointed fellow party leader Muhyiddin Yassin as prime minister despite Mahathir’s insistence that he had the support of a majority of lawmakers.