Frustration mounts over lack of refunds for flights cancelled during pandemic

Canadians are increasingly showing signs of being fed up with airlines, which are offering travel vouchers rather than refunds to passengers whose flights have been cancelled due to the COVID-19 pandemic.
May 21, 2020 6:31 PM By: Canadian Press 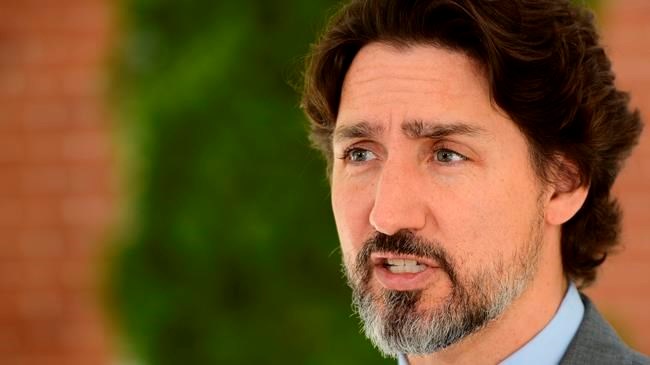 Canadians are increasingly showing signs of being fed up with airlines, which are offering travel vouchers rather than refunds to passengers whose flights have been cancelled due to the COVID-19 pandemic.

A trio of petitions with more than 77,000 signatures are calling for full refunds to be implemented before financial aid is handed out to airlines, two of which were presented to the House of Commons over the past 10 days.

None of Canada's major airlines are offering to return cash to passengers for the hundreds of thousands of flight cancellations since mid-March, opting instead for 24-month vouchers.

Pressed on the issue Thursday at his daily media conference, Prime Minister Justin Trudeau said the government will look at the issue further.

"We need to have some very careful discussions with airlines, with the air travel sector and, indeed, with Canadians who are concerned to try and figure out a way forward where we can ensure that Canadians are treated fairly and our industry remains there for when our economy picks up again," Trudeau told reporters.

Canada is an outlier among Western countries on the issue of refunds, with the European Union and the United States requiring airlines to offer them. The voucher offer has left some customers frustrated over a service they paid for but have not received. Some had snagged good deals but now worry they'll have to shell out more for the equivalent trip by the time they use their travel credit.

"If we accept the vouchers, they clearly say that if the next ticket we buy costs more, we have to pay them for the difference. And if it costs less, they keep the remaining money," said Mathieu Bouchard, who was planning to fly on Air Transat to Orlando, Fla., for an April trip to Disney World with his wife and two young children when the COVID-19 pandemic swept away their plans.

"We are not even sure we will be able to use the ticket in the time frame."

The pleas of passengers may have fallen on deaf ears. Last week Trudeau announced that the country's largest employers — which include Air Canada, WestJet Airlines Ltd. and Transat AT — will be eligible for federal loans to help weather the COVID-19 economic crisis.

The loans start at $60 million for companies with at least $300 million in annual revenues under the Large Employer Emergency Financing Facility program. The LEEFF allows Ottawa to take an ownership stake in public companies — Air Canada is publicly traded — and bar executives from earning more than $1 million.

Advocates say that Canadians who have lost their jobs or closed their businesses need the refund money "desperately," along with senior citizens and people with health problems — all of whom may never have an opportunity to redeem the 24-month vouchers.

"By offering vouchers for future travel the airlines are not meeting the wishes of their passengers and are in fact knowingly creating a coronavirus profit centre by using the money they are holding as interest-free loans," reads a petition launched by Toronto resident Bob Scott and presented to Parliament last week by Liberal MP Yasmin Ratansi.

"The proceeds from these unredeemed coupons will flow directly to the airlines' bottom line," states the petition, whose online version counts more than 15,000 signatures.

Carriers are reeling from the virtual shutdown of commercial flight around the globe as borders remain closed and air travel demand hovers at record lows.

Air Canada has grounded about 225 planes and 95 per cent of its capacity after losing more than $1 billion last quarter. WestJet has cancelled all flights outside of the country until July 4 and Air Transat, Porter Airlines and Sunwing Airlines Ltd. have halted all trips until late June.

Air Canada last week said it plans to lay off more than half of its 38,000 employees in June as it drops the federal wage subsidy and grapples with the fallout from the COVID-19 pandemic.

For Mathieu Bouchard, concerns like the plight of the airline industry feel far away. His planned Disney World trip was supposed to top up a visit from three years ago with fresh experiences and family bonding.

"What my little girl liked most about Epcot is the big sphere. She wanted to take it and bring it home," Bouchard said.

Now he would gladly settle for a refund.

Companies in this story: (TSX:AC, TSX:TRZ)