Some of Canada's food processors joined other companies in increasing pay for hourly staff working hard to ensure the country's food supply remains strong during the COVID-19 pandemic.
0
Mar 25, 2020 5:59 PM By: Canadian Press 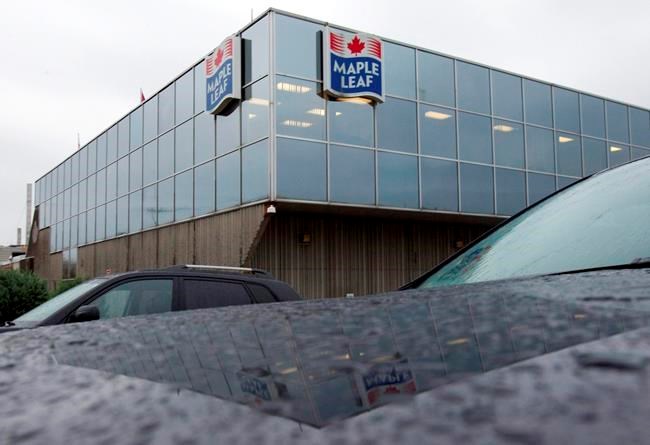 Some of Canada's food processors joined other companies in increasing pay for hourly staff working hard to ensure the country's food supply remains strong during the COVID-19 pandemic.

"In this global crisis, we are compelled to look beyond our business and do what we can to support the many dedicated people who continue to deliver the critical services we depends on," said Maple Leafs Foods Inc. CEO Michael McCain in a statement.

The food processor announced Monday it would start paying its hourly employees at production and distribution facilities an extra $80 per week. That bonus is in addition to regular and overtime pay.

Cargill Ltd., a Winnipeg-based merchandiser and processor that employs more than 8,000 people in the country, will also dole out additional pay.

Cargill will pay an extra $2 per hour, with a bonus of $500 to employees who complete weekly shifts over eight consecutive weeks, starting Monday, said United Food and Commercial Workers Locals 175 and 633 in a statement. The two chapters represent more than 70,000 employees in sectors including grocery retail and industrial food preparation.

"Workers in food manufacturing are key at this time to maintaining the food supply chain," said Shawn Haggerty, president of UFCW Local 175, in a statement.

The employees at these two manufacturers' facilities "have been under stressful conditions during this crisis and these measures will go a long way to providing security for them."

Both manufacturers have also made improvements to employee safety while working, the union said, including banning visitors and providing more space to improve social distancing.

The two locals continue to reach out to all employers of the members it represents "to have them compensate employees properly, provide pay security for those that need to be off work, and enact stringent health and safety protocols for everyone's safety."

Workers will see their pay increase by $2 hour or $125 per week, depending on how the employee is paid, until April 30, according to a statement. The program includes workers who make, ship or sell the company's goods.

Manufacturers aren't alone in raising wages for those in the food industry working to help keep Canadians fed as many other businesses shut down.

On the weekend, Loblaw executive chairman Galen Weston said his company was temporarily increasing compensation for its store and distribution centre employees by approximately 15 per cent retroactive to March 8.

Sobeys and Safeway Canada have also announced a temporary program that will see employees receive an additional $50 a week, plus those working more than 20 hours a week will receive an extra $2 an hour for all hours over 20, retroactive to March 8.

Note to readers: This is a corrected story. A previous version misspelled the name of UFCW Local 175 president Shawn Haggerty.

Some restaurateurs get rent relief, while others stress over April bills
Mar 28, 2020 11:00 AM

Trump signs $2.2T stimulus after swift congressional votes
Mar 28, 2020 1:10 AM
Comments
We welcome your feedback and encourage you to share your thoughts on this story. We ask that you be respectful of others and their points of view, refrain from personal attacks and stay on topic. To learn about our commenting policies and how we moderate, please read our Community Guidelines.