CALGARY — The owner of the Ekati diamond mine is proposing a transaction that would allow it to exit court protection from creditors, provide operating funds and eventually restart the suspended Northwest Territories mine.
May 22, 2020 2:27 PM By: Canadian Press 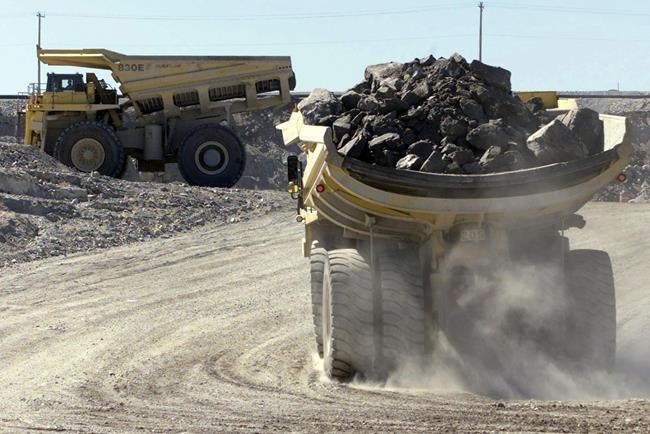 CALGARY — The owner of the Ekati diamond mine is proposing a transaction that would allow it to exit court protection from creditors, provide operating funds and eventually restart the suspended Northwest Territories mine.

Dominion Diamond Mines ULC announced Friday it has signed a letter of intent with an affiliate of The Washington Companies under which an entity to be managed by Washington would buy its assets for about $177 million while assuming its operating liabilities.

Under the deal, which requires court approval, Washington would also provide Dominion with up to $84 million in short-term debtor-in-possession financing.

Operations at Ekati have been suspended since March to prevent spread of the COVID-19 pandemic.

The virus's negative impact on diamond transport and marketing was also cited by the company in its court filing for Companies' Creditors Arrangement Act protection in April.

"The Washington Companies' proposal is to acquire Dominion's assets and operating liabilities out of the CCAA process, with a substantially restructured balance sheet and new arrangements with its creditors, vendors and other stakeholders," said Dominion spokeswoman Rebecca Hurl in an email.

"This restructured company would be better-positioned for the future. The proceeds of the sale would go to Dominion's existing creditors, cover certain charges approved by the court and provide ongoing liquidity for Dominion through the CCAA process."

The Washington Companies, a Montana-based group of privately held companies, bought Dominion for US$1.2 billion in 2017.

The acquisition offer would serve as a base bid for the assets under a court-supervised bidding process to win the highest or best offer, including an auction if necessary, Dominion said.

The sale process would be expected to close in the coming 90 to 120 days, it added.

Dominion also owns 40 per cent of the Diavik mine operated by Rio Tinto, located near Ekati about 300 kilometres northeast of Yellowknife.

The proposed sale would be conditional on reaching an agreement with Rio Tinto on the Diavik joint venture, it said.

Failing that, the assets being sold could exclude the Diavik interest.

In an affidavit filed with the Alberta Court of Queen's Bench in April, Dominion chief financial officer Krystal Kaye said the pandemic has had a "devastating impact" on the global diamond mining industry.

Travel and business lockdowns were felt most keenly in India, where most of the world's rough diamonds are sorted, cut and polished; in Antwerp, Belgium, where they're sold; and the United States, the top buyer of diamonds for retail sale, she said.

Dominion's high debt levels made it impossible for the company to continue its business as usual, Kaye said in the filing.

Dominion had revenue from diamond sales of about US$528 million in 2019, the affidavit said, but the shutdowns in India and Belgium had trapped diamond inventory from Ekati and Diavik with book value of about US$180 million.

According to the affidavit, Dominion is one of the two largest non-governmental employers in the Northwest Territories, with about 40 per cent of its 634 Canadian employees being northern residents and 60 per cent of those people being Indigenous people. It also employed 425 contract workers in 2019.