Mountain Equipment Co-Op and Cineplex Inc. have laid off thousands of employees as the companies closed stores and theatres as instructed by various governments in an effort to stem the transmission of COVID-19.
Mar 23, 2020 3:42 PM By: Canadian Press 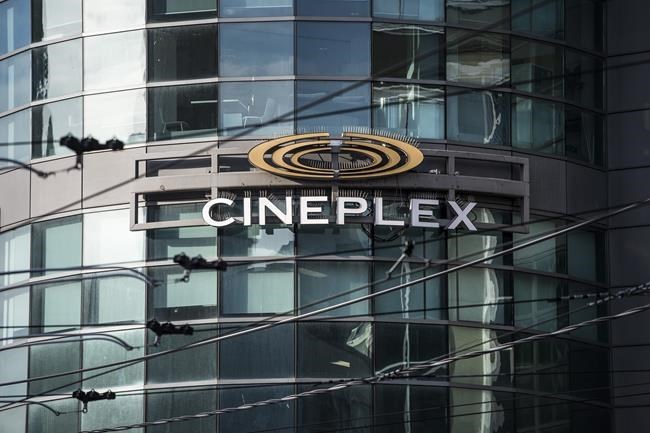 Mountain Equipment Co-Op and Cineplex Inc. have laid off thousands of employees as the companies closed stores and theatres as instructed by various governments in an effort to stem the transmission of COVID-19.

MEC, which announced March 18 it was closing its 22 Canadian stores until March 30, sent a notice to its full- and part-time store staff informing them of temporary layoffs.

"I think, like all retailers, right now we're operating in a bit of a period of uncertainty," said chief executive Phil Arrata.

He doesn't know when the company will be allowed to open its stores or with what — if any — restrictions, such as limiting the number of customers inside at a time or reducing store hours.

"And, so that's really the question mark we have is, at this point in time, we don't believe that we'll be given the opportunity to reopen our stores as is on March 30 without some guidelines."

The company is also laying off an undisclosed number of call centre and head office staff, he said.

About 70 people are employed in MEC’s call centre group and about 300 at head office. He anticipates between the two groups there will be fewer than 100 layoffs.

There won't be any layoffs at the company's warehouses and distribution centres, Arrata said, though employees may see their hours reduced as the company takes precautionary measures to ensure social distancing, which involves keeping employees about two metres apart.

The warehouses and distribution centres remain open to serve MEC's online business, which is still operating.

E-commerce sales have been fairly consistent compared to the same time last year, said Arrata. The company's website traffic has dropped, he said, but those who visit the site tend to make purchases more frequently than before.

MEC, which just recently opened a new flagship store in Vancouver, did not discuss what the ongoing pandemic would mean for the future of its bricks-and-mortar locations.

"I would hate to speculate that today," said Arrata.

The Vancouver-based company was already struggling financially prior to the coronavirus-related store closures. It lost $11.49 million for the year ended Feb. 24, 2019, according to financial documents. That's down from net earnings of $11.75 million for the previous financial year.

It announced a slew of changes in late January as it worked to return MEC to a good financial state, including shifting casual workers into full- and part-time positions with benefits, and working to sublet its head office and move to a more appropriate space for the company's needs.

The company has made gains since then, but those are not enough to offset the pandemic's impact, the company said.

The Toronto-based company closed its 165 movie theatres, The Rec Room and Playdium locations as of March 16 until April 2 on the guidance of health and government officials.

"The required closure of our entertainment venues has regrettably led us to issue temporary layoffs to our part-time team," wrote spokeswoman Sarah Van Lange in an email.

She declined to answer exactly how many part-time staff were laid off, but said it impacted thousands of roles. The company had about 11,180 part-time employees in the U.S. and Canada as of Dec. 31, 2018, according to its latest annual information form.

Cineplex is taking additional measures to help the "vast majority" of its part-time team who are ineligible for employment insurance, she said. The company is paying these employees a lump sum that is similar to what they would have received from EI for two and a half weeks.

While the company intends to rehire the laid off workers when it reopens, Van Lange said the company is also working with other retailers who need more staff to find them jobs.

"We are putting in place a base salary reduction program for a limited period of time," she wrote.

The reduction corresponds to a full-time staff member's level, and the senior executive team is taking an 80 per cent reduction.

— With files from David Friend

Companies in this story: (TSX:CGX)

Shopify yet to inform federal privacy commissioner of breach involving 'rogue' staff
Sep 23, 2020 6:05 PM
Most actively traded companies on the Toronto Stock Exchange
Sep 23, 2020 5:48 PM
Comments
We welcome your feedback and encourage you to share your thoughts. We ask that you be respectful of others and their points of view, refrain from personal attacks and stay on topic. To learn about our commenting policies and how we moderate, please read our Community Guidelines.