Canopy Growth Corp. is rethinking its first-to-every-market strategy after reporting a $1.3-billion loss in its fourth quarter. The Smith Falls, Ont.
May 29, 2020 11:51 AM By: Canadian Press 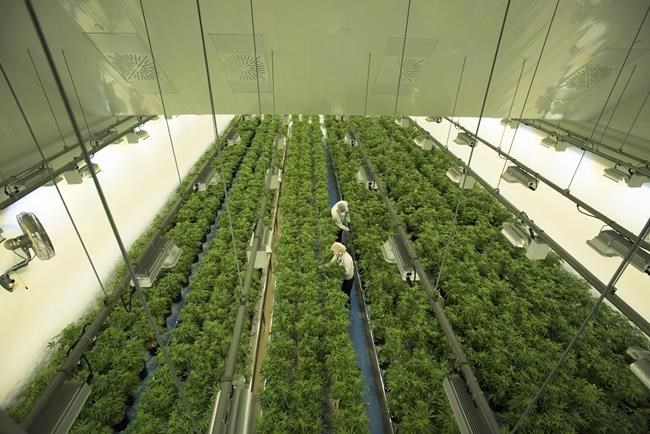 Canopy Growth Corp. is rethinking its first-to-every-market strategy after reporting a $1.3-billion loss in its fourth quarter.

The Smith Falls, Ont.-based cannabis company says as part of an ongoing restructuring it has decided not to strive to be the first to every market and will instead focus on select areas like Canada, the U.S. and Germany, where it believes it can be a leader.

"Canopy grew quickly to achieve a leading position in a rapidly-expanding industry and through that time period being first was clearly rewarded, but being first isn't a sustainable strategy or a point of differentiation," said David Klein, Canopy's chief executive, on a Friday call with analysts, where he announced the move.

The change comes after Klein spent four months taking a deep dive into Canopy's operations and financials. He eventually decided to close a handful of facilities, take up to $800 million in writedowns and cut 800 staff.

His review found that Canopy had grown from 400 employees in Canada to more than 4,000 across 15 global markets.

"While this was a great talking point, it came with great consequences," he said. "The company became less agile, siloed and was burning through too much cash."

Klein revealed on Friday that Canopy incurred a loss of $3.72 per share in its fourth quarter ended March 31. That compared with a loss of $379.5 million or $1.10 per share in the same quarter a year earlier.

Net revenue in the quarter totalled $107.9 million, up from $94.1 million during the same period a year prior.

"Our Q4 performance was mixed," said Klein. "Our top line performance didn't meet our expectations, and we lost market share in the Canadian recreational market."

Aside from the restructuring, Canopy spent much of the quarter focused on staying afloat as COVID-19 spread throughout Canada.

The pandemic caused the company to offer click-and-collect orders and close its 22 stores.

Twenty of those locations have since reopened and two more are due to follow Monday.

"Luckily, we've seen only minor disruptions to date, mostly related to staff scheduling," Klein said. "Our supply chain is in good shape, having had ample inventory of consumables on hand pre-COVID and ensuring continuity of production thus far."

Canopy also allocated resources towards launching a range of products including beverages from Tweed and Houseplant — a brand backed by actor Seth Rogen— and pod-based vape devices from Tokyo Smoke.

It doubled its chocolate production capacity and expanded its hemp-derived cannabidiol products with a line of topicals in the U.S. and skin products in Europe and some American states.

While the products proved popular with customers, chief financial officer Mike Lee conceded Canopy did not do enough to be successful in the quarter.

"We know we missed opportunities along the way as our supply chain grappled with some complex products and production systems and worked to gear itself against a very dynamic market with shifting demand and evolving consumer preferences and, quite honestly, volatile ordering patterns," he said.

Canopy expects its 2021 financial year to be a transition year as it redeploys resources to key markets and rolls out further changes to reduce cash burn.

It is not a quick transition, warned Klein, who acknowledged that the company has been slow to react to consumer preference shifts.

"It is my intent to ensure that we don't repeat those mistakes going forward."

Companies in this story: (TSX:WEED)