CAE foresees 'major disruptions' into autumn due to COVID-19 pandemic

MONTREAL — Flight simulator company CAE Inc. saw profits fall six per cent last quarter due to the impact of the COVID-19 pandemic — and the turbulence isn't over.
May 22, 2020 5:46 PM By: Canadian Press 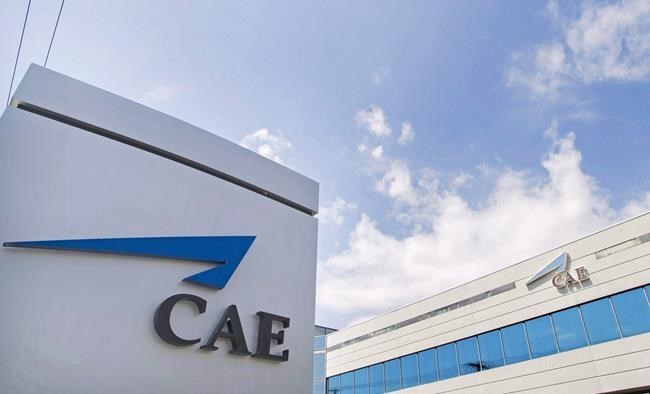 MONTREAL — Flight simulator company CAE Inc. saw profits fall six per cent last quarter due to the impact of the COVID-19 pandemic — and the turbulence isn't over.

Chief executive Marc Parent said he believes 2020-21 "will be a tale of two halves," with the first marked by more "major disruptions" for the firm amid plunging demand and the second "slightly more positive" as travel restrictions begin to ease.

"In terms of seeing a bottom, I think we’ve seen it," Parent told analysts on a conference call Friday. "In the month of April we hit about 20 per cent utilization.

"We have been starting to see a recovery. It’s a tepid recovery at best," he added. "But air travel is still the closest thing to a time machine that’s been invented, and humans will insist on their right to fly."

Parent's cautious optimism follows "a material disruption" to the firm in the quarter ended March 31 as the pandemic continues to pummel the travel industry amid border shutdowns and mass airline layoffs, with most carriers imposing a pilot hiring freeze and broader cost reduction schemes.

The virus has hit the Montreal-based company's civil aviation training business particularly hard. CAE kicked off its fiscal year last month with 19 of its 60 training centres around the globe closed, 10 others running at "significantly reduced capacity" and production at its main manufacturing facility in Montreal suspended, Parent said on conference call with analysts.

"The next two years for the company's civil segment will be challenging as airlines reduce their pilot training requirements and demand for new simulators declines," National Bank analyst Cameron Doerksen said in a research note.

However, demand for pilot training will grow over the long-term, he said, "and as the global leader in pilot training, CAE is uniquely positioned to capitalize."

Typically, regulators require pilots to train at a minimum of every six to nine months to remain certified.

"While airlines globally have suspended the majority of the commercial fleet, this doesn’t imply a proportionate impact on training demand," Parent said, while acknowledging that many jurisdictions have extended their training timeline in response to the pandemic.

The outbreak has also prompted delays in executing defence programs, the company said.

Like many manufacturers forced to halt regular operations over the past two months, CAE pivoted to health care, assigning 500 employees to make 10,000 ventilators on a contract with the federal government. The product is in the final stages of certification by health authorities, CAE said.

In April the company announced it would lay off about 2,600 of its 10,500 employees and place another 900 on a reduced work week. Since then, CAE called back 1,500 workers under the federal wage subsidy program. Financial results last quarter were "solid" but the outlook is "weaker than expected," said Desjardins Securities analyst Benoit Poirier.

Revenue slipped four per cent year over year to $977.3 million from $1.02 billion, the company said.

While revenue from CAE's civil aviation training business remained fairly flat at $601.9 million, its defence and security segment managed a 12 per cent revenue boost to $341.8 million.

Companies in this story: (TSX:CAE)