MONTREAL — Air Canada is revising its cancellation policy amid mounting customer frustration, offering travellers the option of a voucher with no expiration date or Aeroplan points if the airline cancels their flight due to the COVID-19 pandemic.
May 22, 2020 6:54 PM By: Canadian Press 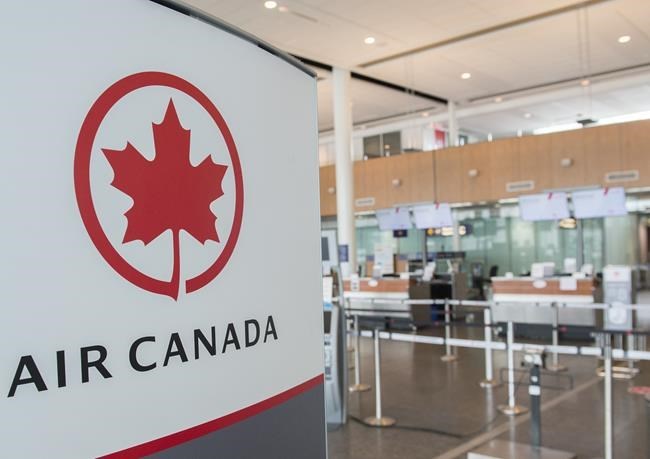 MONTREAL — Air Canada is revising its cancellation policy amid mounting customer frustration, offering travellers the option of a voucher with no expiration date or Aeroplan points if the airline cancels their flight due to the COVID-19 pandemic.

The airline says the new policy — the previous one capped travel vouchers at 24 months, with no Aeroplan option — applies to non-refundable tickets issued up to the end of June, with an original travel date between March 1 and June 30.

Air Canada's fresh tack comes as consumer advocates and thousands of passengers continue to demand their money back for services they paid for but have not received.

Three petitions with more than 89,000 signatures are calling for full refunds to be implemented before financial aid is handed out to airlines, two of which were presented to the House of Commons over the past 11 days.

Cathy Maltese, who was booked on an Air Canada flight from Toronto to Orlando, Fla., over the March break with her three children, said she is "extremely disappointed" with how the airline has treated customers.

"At least now my family has the option of travelling when it is safe again and don't have to worry about the time running out for us," Maltese said in an email.

"To garner trust and respect again, they also have to give customers the option of a refund. There are many families struggling right now to put food on the table," she said. "Why should they lose that money?"

Air Canada said it has refunded nearly $1 billion to customers since Jan. 1, largely to travellers who paid for refundable tickets.

"While the world is making great progress against COVID-19, we know we must remain vigilant, which includes being flexible," chief commercial officer Lucie Guillemette said in a release Friday.

The loyalty points option allows customers to convert their booking into Aeroplan miles "and get an additional 65 per cent bonus miles," she said.

Toronto resident Bob Scott, who launched a petition presented to Parliament last week by Liberal MP Yasmin Ratansi, said passengers are "becoming increasingly angry at what they see as the government's complicity in the daylight robbery being committed by the airlines."

Canada is out of step with the United States and the European Union, he noted, where officials have ordered airlines to reimburse customers for cancelled flights. The Canadian Transportation Agency chalks up the difference to U.S. and EU legislation establishing a "minimum obligation" to refund that Canada lacks.

None of Canada's major airlines touts policies offering to return cash to passengers for the hundreds of thousands of flight cancellations since mid-March, opting instead for vouchers — typically with a timeline of two years.

Pressed on the issue Thursday at his daily media conference, Prime Minister Justin Trudeau said the government needs to have "some very careful discussions with airlines" as well as Canadians to maintain a balance where travellers are "treated fairly'' and the sector stays intact.

Passenger rights advocate Gabor Lukacs said the law requires airlines to refund customers, adding that fares may well go up in the coming year, reducing the value of travel credits.

"Air Canada continues to skirt its obligations to refund the approximately $2.6 billion dollars it owes to passengers," Lukacs said in an email.

Airlines have been sending repatriation flights and offering customers vouchers, but typically they advertise no refund policies for cancelled routes.

WestJet’s website highlights future travel credit for cancelled flights, but says: "We are not processing refunds to original form of payment at this time."

The disclaimer comes despite the company's tariff — the contract between airline and passenger — which states that "the unused portion of the passenger’s ticket(s) will be refunded" in the same form as it was purchased, "should the alternate transportation proposed by the carrier not meet the passenger’s satisfaction."

On Friday, Air Canada also said it will bolster its summer schedule, which nonetheless remains more than 50 per cent smaller than last year as the COVID-19 pandemic continues to pound the airline industry.

The 97 destinations compare with 220 last summer but mark an improvement from the past six weeks, when 95 per cent of its flights were still suspended.

Companies in this story: (TSX:AC)