Located on 1684 Barrington St., Captured offers seven different escape rooms for customers to choose from, including a pirate-themed room, a jungle-themed room, and a wine cellar
Mar 20, 2019 12:44 PM By: Nicole Bayes-Fleming 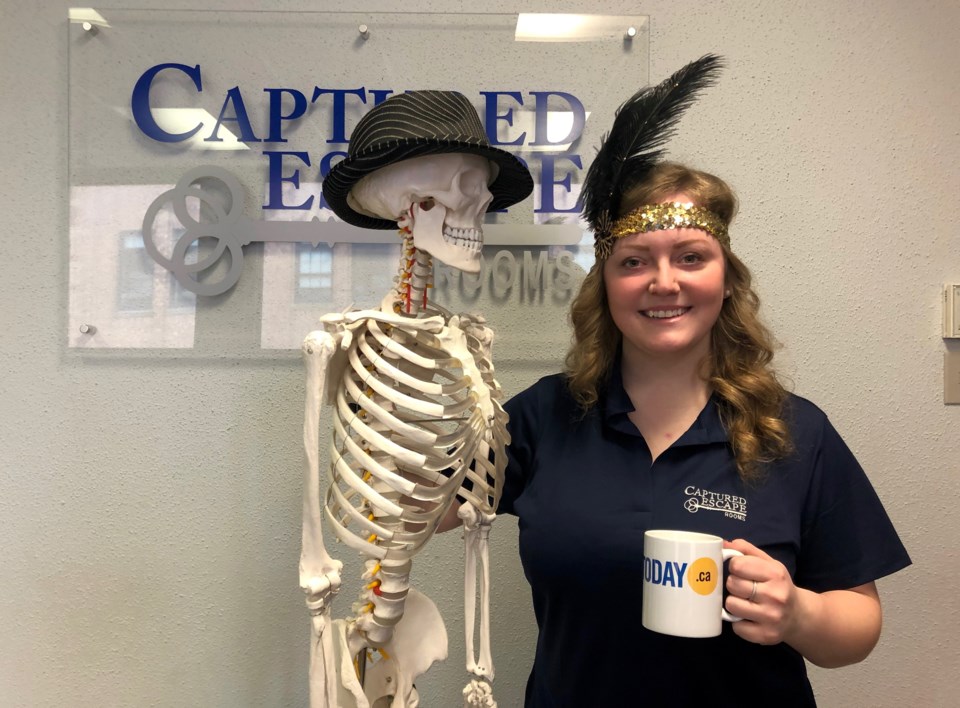 The first time Kelsey Keddy’s parents played an escape room, they knew they had found something special.

“My dad called me from Ottawa and was like, ‘This is amazing, you need to try this,’” Keddy recalled.

Keddy, who had always been interested in puzzles and games, took her own weekend trip to Montreal to see what the fuss was about. After that, the family was hooked.

“Escape rooms are addictive,” Keddy said. “So once you’ve played a few of them you typically want to play more.”

Keddy is this week’s midweek mugging recipient. She co-owns Captured Escape Rooms with her parents, Michelle Keddy and Joe Goetz.

Located on 1684 Barrington St., Captured offers seven different escape rooms for customers to choose from, including a pirate-themed room, a jungle-themed room, and a wine cellar.

Keddy said she and her parents design each of the rooms themselves.

“We always start off with asking ourselves the question, ‘Wouldn’t it be cool if—?’ And then we try to think of impossible things, and then how we can make those things possible,” she said.

Escape rooms can be played by groups from as small as two to as large as 14. Making a reservation is recommended, but some walk-in space is available.

“The biggest thing is you don’t want players to come in that don’t feel like they’re contributing to their team, so we try to have a variety of puzzles,” Keddy said. “Much like learning styles, there’s different ways of solving puzzles, so we try to have something for everyone.”

How long you spend in the escape room depends on how quickly you crack the puzzle, with the maximum amount of time allotted being sixty minutes. Each team gets two free hints, with the option to purchase a third hint for a five dollar donation to Feed the Need.

“So far we’ve raised over twenty thousand dollars for that program, so there’s a lot of desperate people looking for third hints,” Keddy joked.

While Keddy said the escape rooms aren’t recommended for children under nine due to the complexity of the puzzles, young would-be escape artists can get their chance to play when Captured opens its newest escape room at the Discovery Centre on April 5.

The Discovery Centre escape room will feature more “tactile puzzles, puzzles where you have to find different pieces to put them together,” Keddy said.

Captured tries to open at least one new escape room each year, to satisfy those who keep coming back.

“We have a lot of players that have played all of our games, and so they’re always waiting for the next thing,” Keddy said.

Keddy, who estimates she has now played over 50 escape rooms in five different countries, said she believes escape rooms are so popular because of how absorbing they are.

“Entertainment, especially in smaller cities like Halifax, lacks a lot of immersion,” she said. “When you play the game, you’re really a part of it. It’s not just about watching and being entertained.”