On the Mat strengthens mind and body

Located at 2985 Oxford St., On the Mat offers a variety of yoga classes including vinyasa, yin, power flow and restorative
0
Jul 3, 2019 1:44 PM By: Nicole Bayes-Fleming 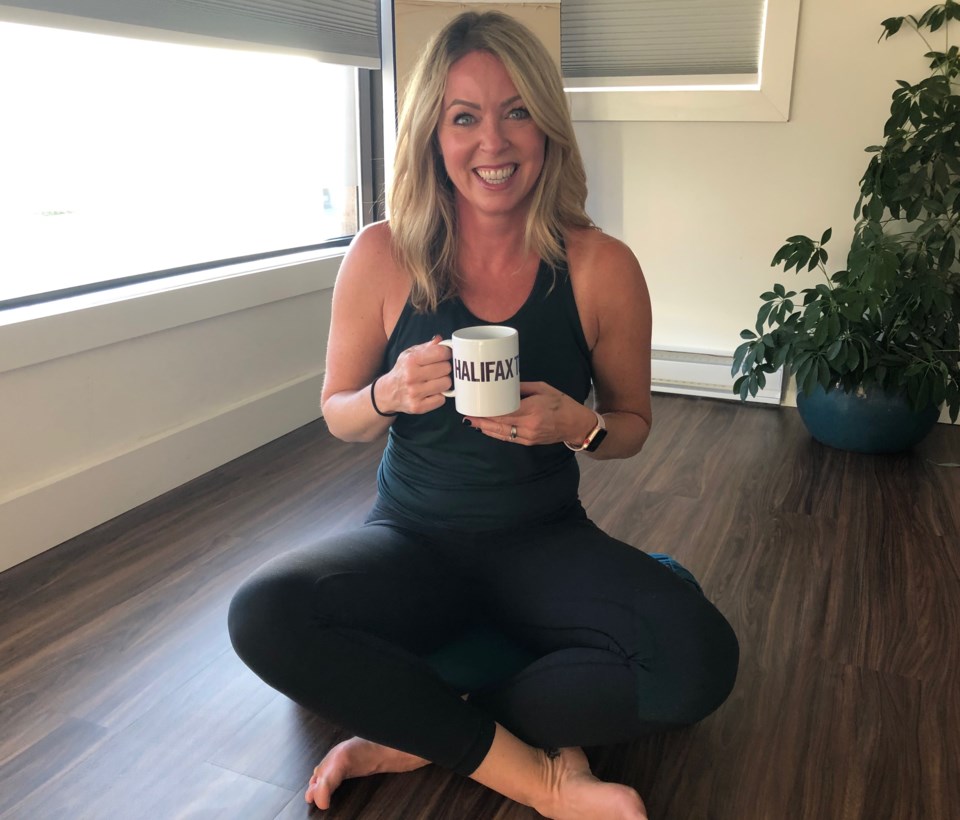 Tori Jarvis Grant, owner of On the Mat, with her HalifaxToday.ca mug

Tori Jarvis Grant was working in commercial real estate while teaching yoga part-time, when she realized she enjoyed yoga more than her day job.

“I used to imagine myself as the boss, someday running my own business," she said. "I just didn’t know what I wanted that business to be until I started teaching yoga."

Now the owner of On the Mat, Grant is this week’s midweek mugging recipient.

Located at 2985 Oxford St., On the Mat offers a variety of yoga classes including vinyasa, yin, power flow and restorative.

Grant initially began On the Mat as a mobile company that would bring yoga to the workplace.

“I went into organizations and taught yoga through the course of the day, in the mornings, at lunch and after work,” she said.

As demand grew rapidly, she realized it was time to open her own studio. It celebrated its three-year anniversary this past March.

The studio has approximately 40 class times a week. Grant said the most popular class type tends to vary depending on personal preference.

“It’s sort of all over the board,” she said. “There are people who really love their power flows, they really love to come in and sweat and turn it into sort of a workout, and then there are those who come just for the restorative classes…and that’s really, really important.”

The range in classes allows for On the Mat to be beginner-friendly, while also offering enough challenge for the full-fledged yogi to enjoy.

Grant attributes much of the studio’s success with the strength and diversity of her teachers.

“We like to think that we have the kind of teachers that can serve everybody, and that takes a really skilled teacher…because you need to serve up something that everybody finds appetizing, whether it’s the person who is really brand new and they are very self-conscious, or its the person who has been in a thousand classes," she said. "You really want to have something that serves everybody, and I think that we do that really well.”

Grant, who has been practicing yoga for 12 years and teaching for eight, said one of the reasons she believes yoga is so popular is because it offers something for both the mind and the body.

“A practice is so, so important in our world today because we’re really busy, we’re never off and when you carve out the time to just focus on yourself it can be medicinal and really healing,” she said. “But it’s also really, really important to move your body…so I love yoga, because it brings both of those together. We move and we breathe, and we’re mindful of those two things.”