Fauna Sugaring opened at the beginning of March and owner Faith Lamoureux says business has been strong
Apr 14, 2021 1:44 PM By: Chris Stoodley 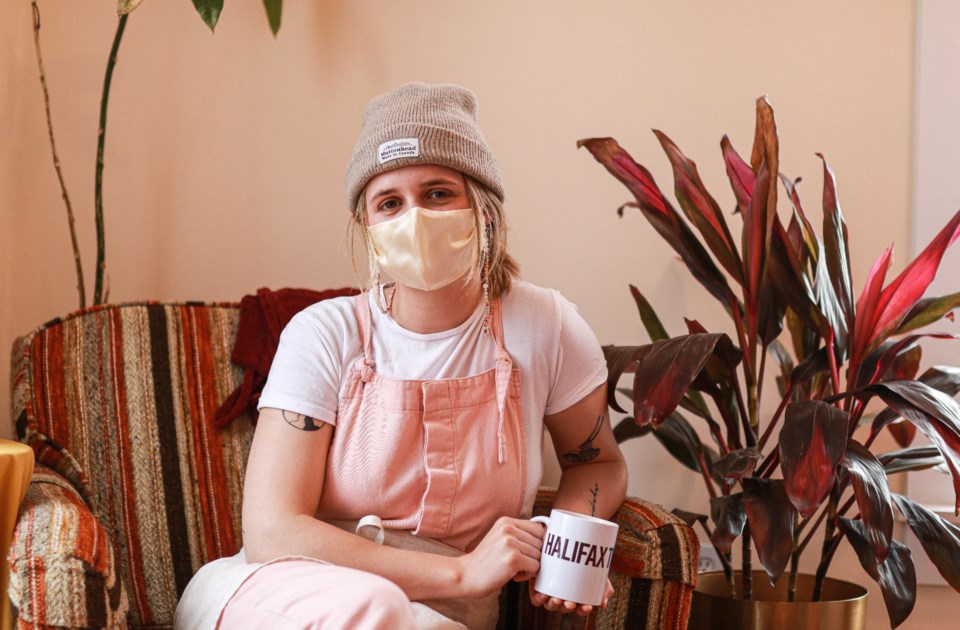 While growing up, Faith Lamoureux always had proximity to an ancient style of hair removal.

“My mom was a sugar practitioner, and so I didn’t really know the life of not having access to hair removal that benefitted my skin,” she says. “Then when I moved away to go to school, I was using a razor for the first time or getting waxed for the first time.

Sugaring is a hair removal method that dates back to 1900 BC in the area of the Middle East. Put simply, a sugar practitioner will use a sugar paste to remove the hair follicles from a person’s skin.

Compared to other hair removal methods such as shaving and waxing, sugaring is more sustainable, less painful and offers a lower possibility of irritable skin conditions. 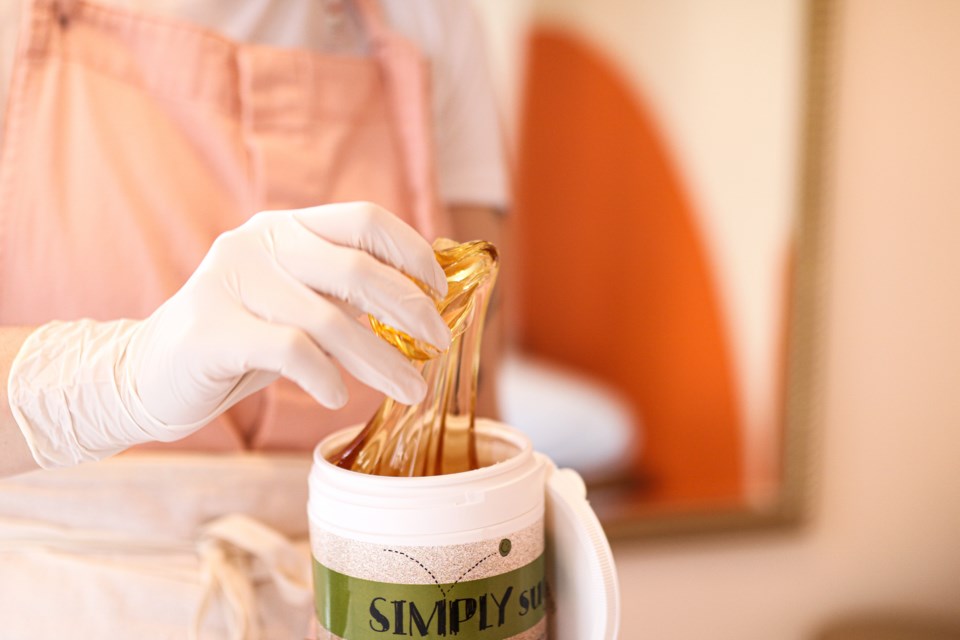 Despite being raised by someone skilled in sugaring, Lamoureux had always considered it as just another method of hair removal — and she never saw herself venturing into the profession.

It wasn't until she realized the only other alternatives to hair removal were options her skin didn't enjoy. She then halted her studies while halfway through school, returned to her hometown in Ontario and began learning how to become a sugar practitioner.

“As time went on, I was kind of just more and more continually confused at why we’re just OK with getting results that we don’t even like, and then still going back for more and more,” she says. “Why is it OK for us to just be like, “Oh yeah, I have super sensitive skin but I’m going to go buy a razor and totally butcher my skin.”

It's been six years since she started sugaring. Now, she and her husband, Braden, have been running Fauna Sugaring on the corner of Agricola and Charles streets in Halifax's north end.

The couple opened their business on March 2 making it Nova Scotia's first body sugaring studio. A little over a month later, Lamoureux says business has been strong — and sugaring has only just started picking up in other parts of Canada.

“I feel almost overwhelmed sometimes with how much the community is so supportive and so uplifting,” she says. “Right now, we’re like, ‘Oh, maybe we need to think of expanding sooner than later’ because to book an appointment, sometimes you have to book like two months in advance.

“It’s been really, really good. Everyone I meet — I feel like I’m getting paid to hang out with friends. Everyone who comes through the door is so kind or just has amazing, interesting stories.” 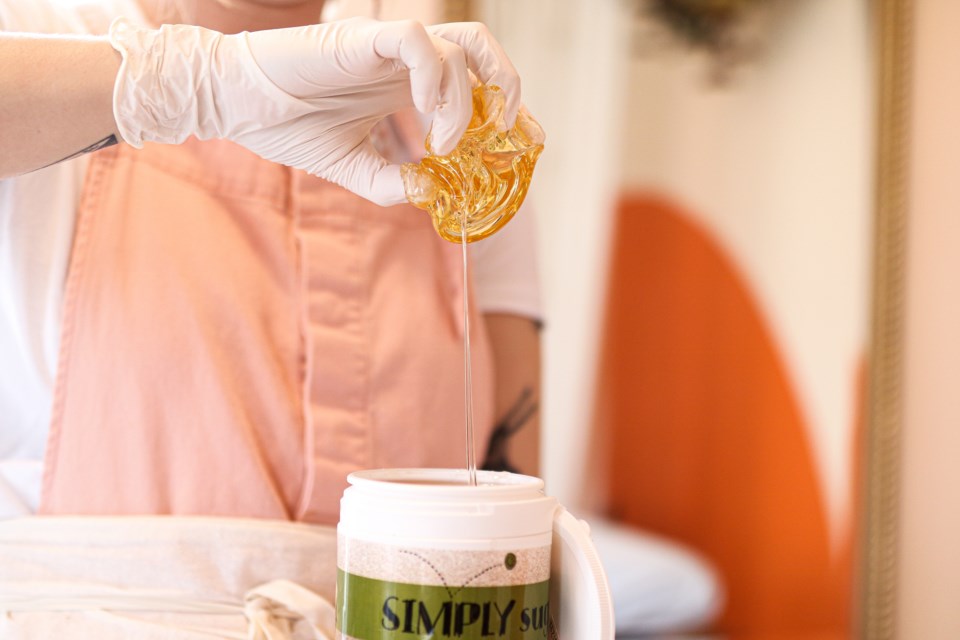 The sugaring paste Lamoureux uses is a simple mixture of sugar, water and lemon (Chris Stoodley/HalifaxToday.ca)

But when Lamoureux first became interested in becoming a sugar practitioner, she hadn't planned on offering the service to others let alone creating a business.

She was a traveller living in places such as Hawaii, Vancouver and China, but she oftentimes couldn't find a sugar practitioner on her travels. One main reason she started practicing sugaring was that she wanted to be able to use the method on herself while travelling.

Over time, she started complaining about how other people didn't have access to sugaring. But she eventually realized she had the ability to offer the service to those people. Once that happened, she noticed how comfortable people felt in their skin afterwards and how that should be the norm.

“Finding something that works for the individual person, I think that’s what sugaring really offers for people. I think it’s nice to feel like you’re also in a comforting, safe space to be vulnerable with your body in front of someone you don’t know.” 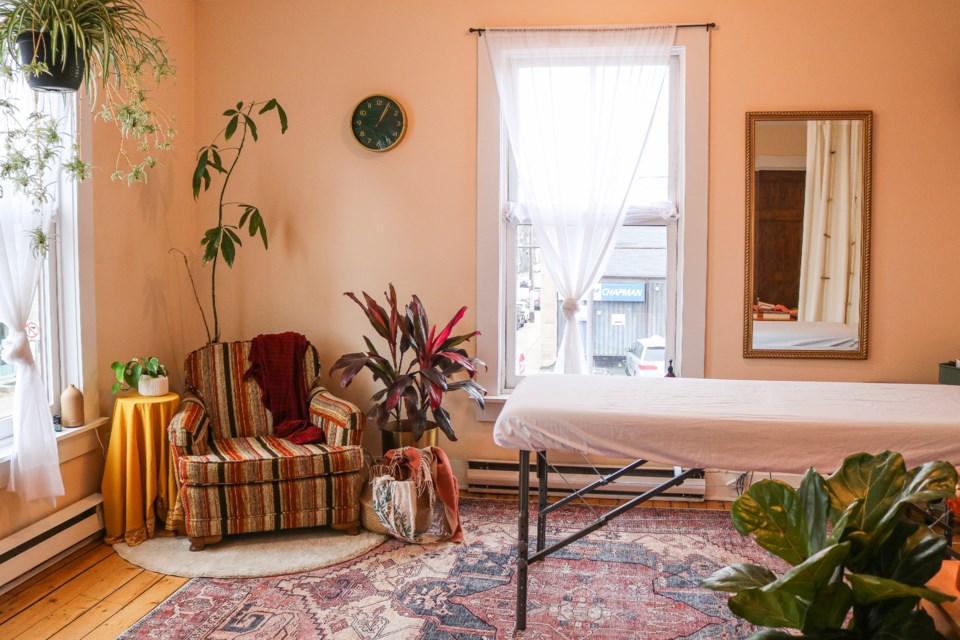 Unlike other hair removal methods, sugar practitioners apply the sugar mixture against the hair growth's direction and remove it in the direction the hair grows. Other methods remove hair in the opposite direction of hair growth which can cause issues such as razor bumps or ingrown hairs.

Sugaring also doesn’t use any heat nor can the sugars survive in any hydration. That means the sugars can’t attach to any skin cells and a person’s skin won’t be removed. Instead, the sugars enter into a person’s pores, go underneath the hair follicle and remove it from its root.

Lamoureux also said sugaring is a great way to gently exfoliate skin to remove bacteria, dirt and dead skin. She said some customers get sugaring not to remove hair but to help treat skin conditions such as eczema.

Each customer at Fauna Sugaring gets an experience that's personally tailored. First, Lamoureux conducts a brief skin consultation that helps her familiarize herself with the customer's skin and what is needed. Then, she prepares the customer's skin using things such as a cleanser, a soother and powder. After the sugaring, she'll use more soothers and lotion, chat about the sugaring experience and go over some tips for post-sugaring care of a person's skin.

That individuality of each customer was an important aspect for Lamoureux when she began her business.

Over the last few years, she says she felt there was a lack of representation for many people in the hair removal industry. For instance, advertising for hair removal was heavily focused on promoting to either men or women and not those who identified outside that gender binary.

“I think we just need to continually push the boundaries with what we’re saying is the norm or just OK,” she says.

She says that while she’s not a part of the 2SLGBTQ+ community, she’s trying to offer her services to people in that community — and she’s open to any critiques that can improve her business.

For instance, Lamoureux and her husband originally promoted Fauna Sugaring as a sugaring studio that offers “all gender services” but some people advised that that still acknowledges the confines of gender. Now, they changed that wording to “gender-neutral services.”

While that's one step Lamoureux and her husband have taken to improve their business, it likely won't be the only one.

"This doesn’t have a cut-off of how you identify, where you were born, what your skin colour is, who you are, where you live," she says. "It’s a service for people to enjoy, and I literally mean people.”