Joshua Pyle-Carter said one of his first priorities when he started The Deck Box was to grow the local gaming community
0
May 30, 2018 12:44 PM By: Nicole Bayes-Fleming 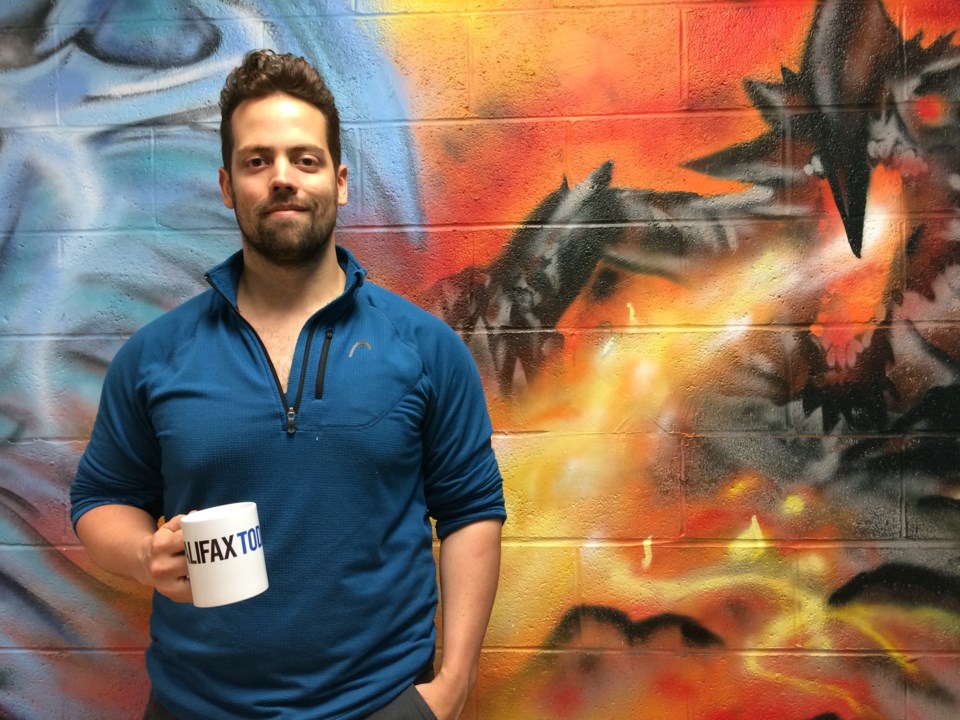 Joshua Pyle-Carter, owner of The Deck Box, with his HalifaxToday.ca mug.

Joshua Pyle-Carter, owner of The Deck Box, is this week’s Midweek Mugging recipient.

“I’ve always played your stereotypical games that come with this,” Pyle-Carter said. “I’ve played all the card games, board games, Dungeons and Dragons, that sort of stuff. And [opening a store] was always one of the things I’d say, ‘Oh I should totally do that.’”

He opened his first store in Prince Edward Island, and decided to launch The Deck Box in Halifax after getting multiple requests from people in the city looking for similar products.

Pyle-Carter said one of his first priorities when he started The Deck Box was to grow the local gaming community.

“It’s not much fun to play these games without a community to play them, so we do about a dozen events a week,” he said.

To accommodate these events, The Deck Box has a large space in the back of the store set up with table and chairs for customers to play at.

Depending on the day, Pyle-Carter said anywhere from 12 to 50 people will come in to play.

Along with offering the gaming space, the store also has a launch event every few months when a new game expansion comes out, hosts off-site gaming events at place likes Good Robot and hosts an after-school program every Wednesday at 4 p.m. to teach kids the basics of Pokemon.

“When I was younger, I was really introverted and playing games like this really helped me...because these games are interactive, because you can’t play them by yourself, it forces you to kind of go out, meet people,” Pyle-Carter said. “That’s something that helped me a lot growing up, and I like that I can give back and do that now.”

Along with selling cards, The Deck Box also gives customers who have individual cards they don’t want the chance to trade in their card for a percentage of its value.

He said while the most popular game at the store is Magic, the demand tends to change depending on age, with younger players favouring Yu-Gi-Oh and Pokemon.

Pyle-Carter said his favourite thing about running The Deck Box is the passion customers have for the games.

“In a lot of retail environments people are buying things because they have to...here, everyone’s excited to be here,” he said.