Midweek Mugging: Made in the Maritimes Artisan Boutique

The store has around 150 suppliers hailing from Nova Scotia, New Brunswick and Prince Edward Island.
0
Jul 4, 2018 1:12 PM By: Nicole Bayes-Fleming 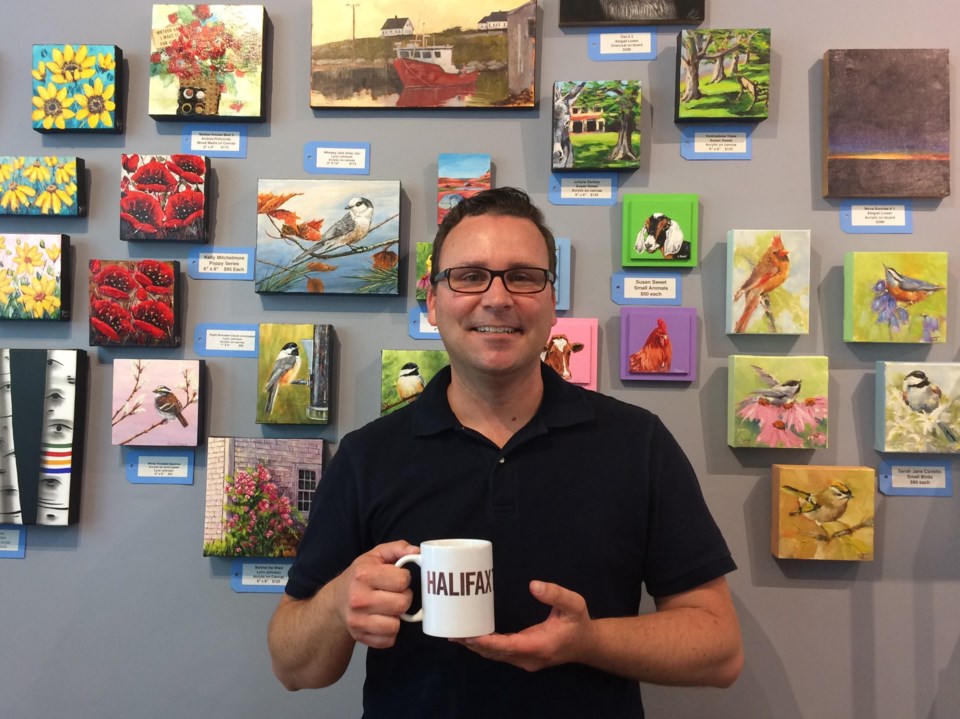 Joel Kelly, owner of Made in the Maritimes Artisan Boutique, with his Halifax Today mug.

Joel Kelly, owner of Made in the Maritimes Artisan Boutique, is this week’s midweek mugging recipient.

Located at 5527 Young St. in the Hydrostone, Made in the Maritimes provides local handcrafted items, including pottery, jewlery, photography and paintings.

Kelly runs the store with his business partner Mark Smith. The two also have a second location in Bedford.

Kelly says he and Smith started the store because they saw an opportunity to present local products in a way that hasn't been done before.

“There’s lots of arts and craft stores, but a lot of them are really focused on lighthouses and Nova Scotia tartan, that kind of stuff. So we try not to get into that too much,” he says. “People can always find something different in here...we get new orders in pretty much daily, so there’s always new stuff coming through."

Kelly said Made in the Maritimes is popular with tourists who come in from the cruise ships and tour buses, but also see business from Instagram and online orders.

“Most people are in here usually buying gifts. It’s nice to keep it local and support the Maritime arts community,” he says.

One of the most sought-after items the store supplies is a mug painted with the Halifax skyline, made by a New Brunswick-based artist.

“She can’t keep up with them...because as soon as she sends an order down [to us], it’s gone in three days. It’s incredible,” Kelly says.

Both Kelly and Smith come from business backgrounds. Kelly, who has previously worked in marketing, said the store gives him a way to merge his profession with his personal interest in pottery.

“There are so many talented craftspeople down here, there’s a never-ending supply of stuff being presented to us," he says. "That’s one of the hardest things I find, is curating it all."

Hold Fast Cafe joins the North End
Dec 11, 2019 1:44 PM
Comments
We welcome your feedback and encourage you to share your thoughts on this story. We ask that you be respectful of others and their points of view, refrain from personal attacks and stay on topic. To learn about our commenting policies and how we moderate, please read our Community Guidelines.