G-Street Pizza has something for everyone

'Whoever they are, whatever gender, whatever they believe in does not matter, it’s a place to come in—everybody loves pizza, everybody can agree that pizza is a comfort food,' said co-founder Moe Alhaj
Aug 28, 2019 1:44 PM By: Nicole Bayes-Fleming 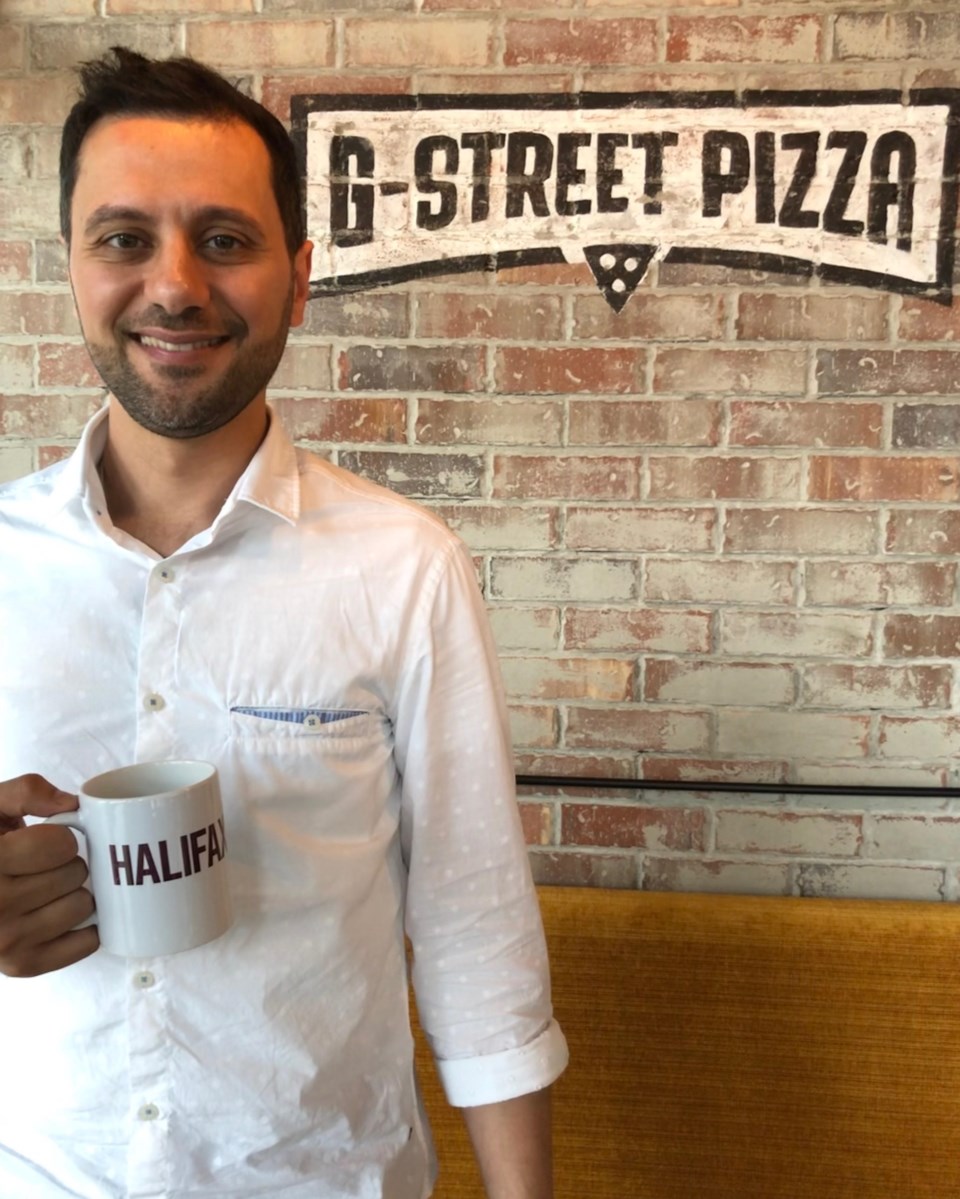 Moe Alhaj, co-founder of G-Street Pizza, with his HalifaxToday mug

Whether you’re looking for a family-friendly spot or somewhere to go on date night, G-Street Pizza is Halifax’s newest place to check out when you’re craving a slice.

“Obviously we don’t lack pizza in the city,” said Moe Alhaj, co-founder of G-Street, “But we wanted to bring something a bit different for people in the sense of the atmosphere, the ingredients, the options.”

Located at 2302 Gottingen St., G-Street strives to have a pizza for everyone, with vegan, vegetarian, gluten free and halal items on their menu. Its new menu, debuting in September, will offer 18 different types of pizzas.

Alhaj is this week’s midweek mugging recipient. He said the restaurant has received a lot of positive feedback from Halifax’s vegan community about its meat-free items, including the vegan donair.

“We see a lot of demand,” he said. “A lot of our continuous customers and supporters are the vegan community, we see them in here maybe every second day.”

The restaurant uses local, Canadian ingredients as much as possible including for flour, cheese, and some produce.

For those who aren’t pizza fans, G-Street offers other items including salads, burgers and donair. In fact, one of their most popular menu items so far isn’t a pizza, but wings.

“It’s something that we weren't expecting whatsoever,” Alhaj said. “It turns out our wings are very popular, people keep coming back for them...we’ve had multiple customers come in twice a week to get wings.”

The restuarant's decor, with exposed brick walls and dangling chandeliers, suggests this is not your typical pizza joint. Along with dine-in service, take-out is also available. Delivery is planned to begin in September.

Alhaj, who has a background in the food and beverage industry, created G-Street with his co-founder Paul Jebailey. The two, along with operations manager Tom Davison, grew up together in Dartmouth.

Alhaj said one of the best aspects of the business so far is finally seeing the plan they’ve been dreaming of for so long become a reality.

“It’s always fun when you create things and you see the feedback from people, people liking it,” he said. “We just wanted to perfect every experience for people when they come in here.”

One of G-Street’s priorities is to support the community. It has partnered with Hope Blooms, and also occasionally provides meals to two of the shelters in the neighbourhood.

Alhaj said his hope is that G-Street becomes a place where everybody can feel welcome.

“Whoever they are, whatever gender, whatever they believe in does not matter,” he said. “It’s a place to come in—everybody loves pizza, everybody can agree that pizza is a comfort food.”