Elements of Kula is building a community 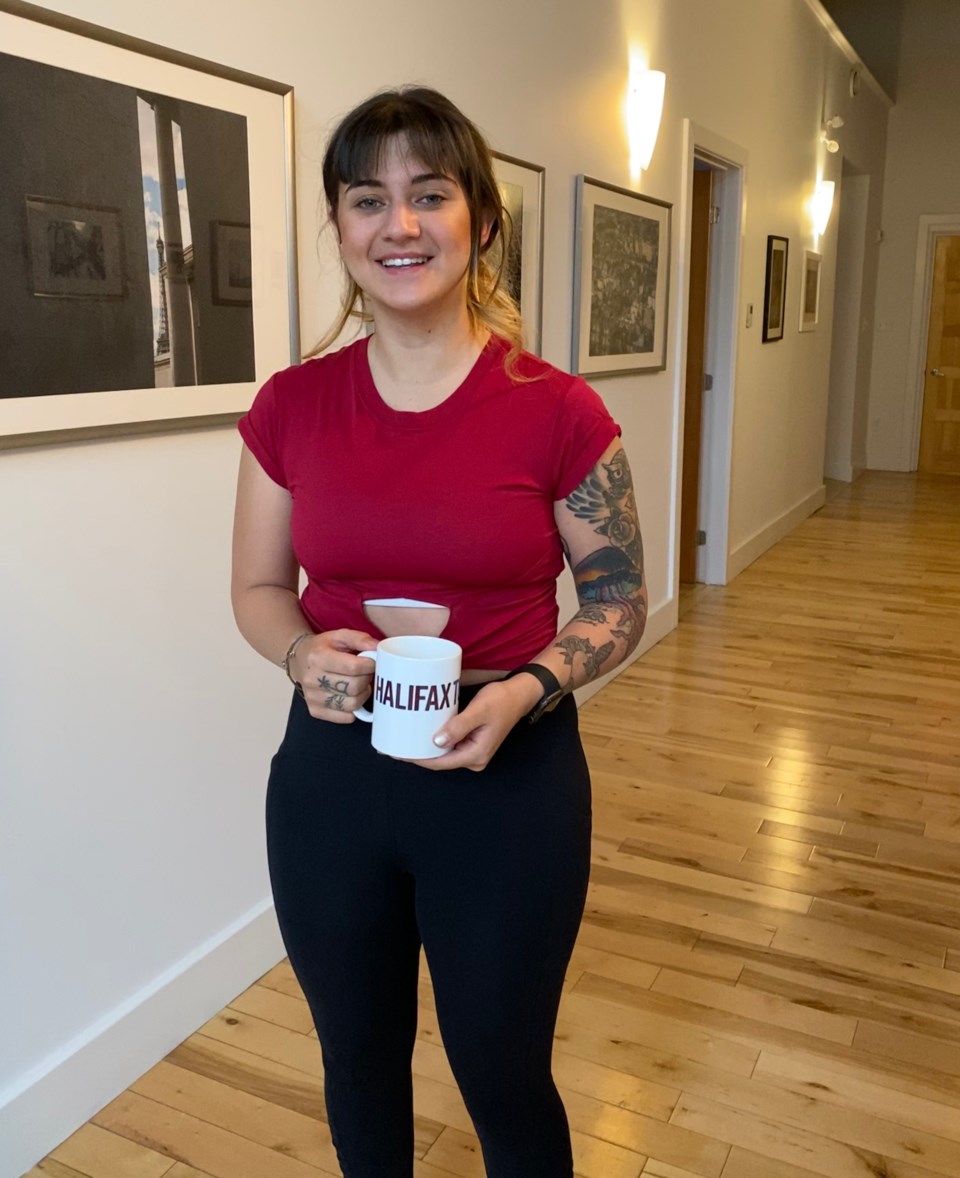 Irina Jorge Khan, founder of Elements of Kula, with her HalifaxToday.ca mug.

Elements of Kula provides a new space for Halifax yogis looking for something a little bit different.

Located at 1533 Barrington St., the studio currently offers yoga, yoga trapeze and personal training, with plans to add a traditional gym area. Founder Irina Jorge Kahn, who has been working in fitness as a personal trainer for the past seven years, explained that her way of doing things is more personal than some studios.

“There’s a difference between instructing and training,” she said. “That’s the big difference here, it’s more hands-on and more of a training style, not just flowing.”

The focus of the studio is to move in a safe way without harming the body, so yogis can avoid premature health issues such as hip injury.

“I actually want you to learn how to use stabilizers, and understand how to use your body properly,” Jorge Kahn said. “I’m trying to make an environment that’s rounded, so understanding that being a yogi is great, but you need to have the fundamentals in strength to be able to do it safely.”

The classes, “have a more fusion base to them,” she said. “The average person who’s done a lot of yoga in Halifax will find there’s a huge difference here, because it’s more tailored to being a hands-on training, so taking them through flows and training them to be mobile and flexible.”

For this reason, classes are kept to a maximum of eight people in order to ensure everyone has time for one-on-one guidance and support.

The yoga trapeze, one of the most sought-after classes, is not what some students may expect. It’s not a form of aerial yoga, Jorge Kahn explained, but rather a way to use gravity to strengthen poses that may be more difficult to achieve.

“It’s very much a hybrid between inversion style training and TRX,” she said. “I basically call it a mobility reassessment, because the stretches that maybe your body shouldn't be doing right off the bat in a floor pose, this forces your body to activate.”

Kula—a name Jorge Kahn chose for its Sanskrit meaning of community—is more than just a yoga studio. It also showcases photography and art, and offers space for pop-up vendors to sell their products.

“It’s just a space for pretty much anyone that’s trying to make a name for themselves in Halifax,” she said. “I want to give them a spot where they can have some sort of a platform.”

Through Kula, Jorge Kahn is also launching a wellness network in January, working with other community members to provide information on topics including nutrition and mental health.

“The whole reason we’re doing it is so it’s attainable to everybody, just bridging that gap,” she said.

Her own motivations for teaching fitness have changed over the years as she’s gained a greater appreciation for nurturing wellness overall.

“It used to be before because it was fun and I really liked working out, and thought it was a fun way to be with other people,” she said. “Now it’s very much because it’s the area I’ve been able to help people the most.”