'We wanted to create something that’s a one stop shop, and everything is manufactured in  Canada—and you can buy something with faith that it’s created at home,' said Max Schaper
Mar 27, 2019 12:44 PM By: Nicole Bayes-Fleming 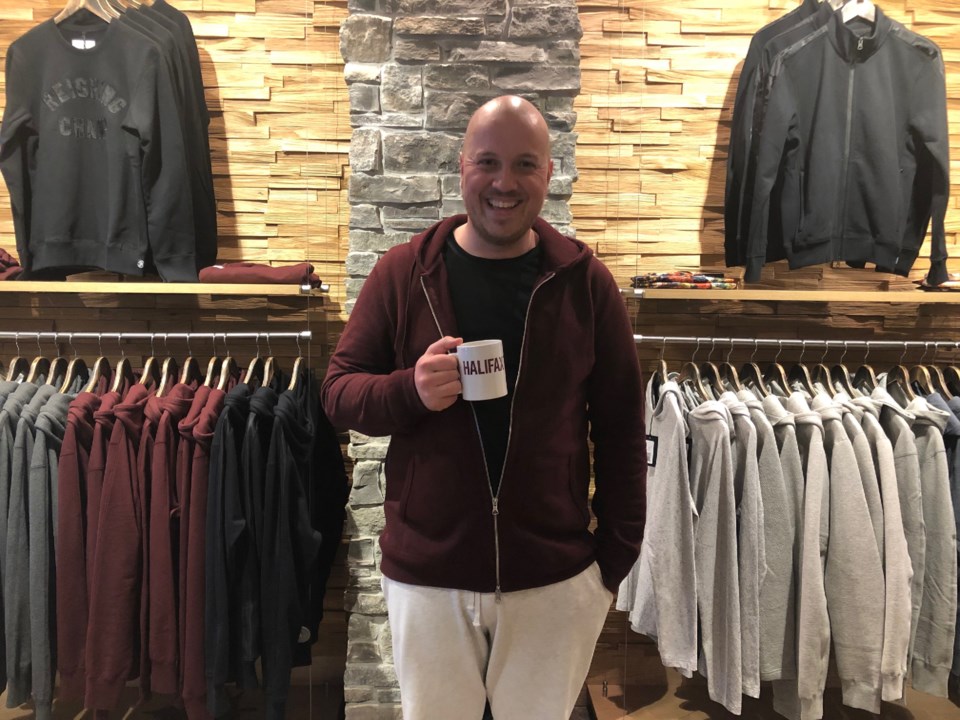 For clothing fit for a true Canuck, look no further than Canook.

Located at 1669 Barrington St., Canook specializes in men’s fashion that’s not just Canadian in design, but also in creation.

Max Schaper, owner and buyer at Canook, is this week midweek’s mugging recipient.

“We wanted to create something that’s a one stop shop, and everything is manufactured in  Canada—and you can buy something with faith that it’s created at home,” he said.

The store began with an idea Schaper and his parents had to take Canadian culture and clothing to Switzerland. The move to Switzerland never happened, but the planning process opened Schaper’s eyes to what it means to be a Canadian product.

“We were kind of disappointed in all the companies we approached to take over to Switzerland, because most of them didn’t manufacture within Canada,” he said. “They were pretty much all out of China or Vietnam for their production.”

At Canook, ensuring a product is truly made in Canada is Schaper’s number-one priority when selecting what to carry. Brands available at the store include Reigning Champ, Wings and Horns, Naked and Famous, and Raised by Wolves.

“We do try to get a full collection, so you can get...basically everything to need for your wardrobe,” Schaper said.

While the shop originally offered both men and women’s clothing, Schaper said it has pulled back to focus more exclusively on menswear.

“There’s so many great ladies’ boutiques in Halifax and the men’s is not as vast, so we saw that hole,” he said.

The store’s best-selling products are the everyday basics, such as denim jeans or simple hoodies.

“Kind of core, staple items that you can transition throughout the season, without throwing them out,” Schaper said.

He said one of the best things about working at the store is the relationships he develops with people who come in to shop.

“The connections with customers you make, the usuals you get coming in, seeing a familiar face, catching up, that kind of thing,” he said.