Located at 1592 Argyle St., the store offers traditional cups of tea, tea lattes, iced tea and tea mocktails in warmer months, along with bags of loose leaf tea for customers to enjoy at home
May 1, 2019 12:44 PM By: Nicole Bayes-Fleming 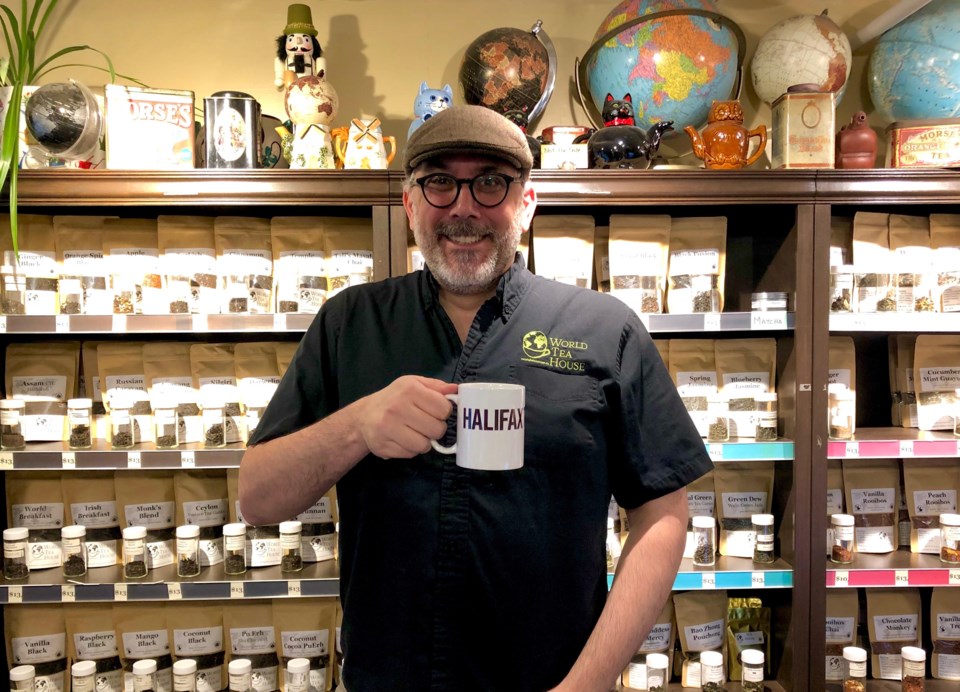 Whether your preference is for herbal, oolong, green, Chai or something else entirely, World Tea House has you covered with around 120 different types of tea—and many different ways to enjoy it.

Located at 1592 Argyle St., the store offers traditional cups of tea, tea lattes, iced tea and tea mocktails in warmer months, along with bags of loose leaf tea for customers to enjoy at home.

“We’re everything tea, here,” he said.

Holmans works with small farms across the globe to source his tea, often travelling to countries such as Japan and India to ensure the highest-quality product. When possible, he looks locally for ingredients like dried berries and herbs.

“Our tea is very seasonal, because we buy from these small farmers,” he said.

Along with holiday favourites like pumpkin or peppermint, Holmans said customers’ preference for certain flavours changes depending on the weather.

“In the winter...people want robust, strong flavours,” he said. “In the summer, people make ice tea out of it so they want something fruity, citrus. It definitely fluctuates according to how it is outside.”

He said the Earl Grey creme, an Earl Grey tea made with vanilla bean, is one of the most frequent orders, along with the masala Chai.

“In general black tea sells the best, because we’re a black tea society,” he said.

Along with hot beverages, World Tea House also offers classes, both in the store and at the Halifax Public Library. Classes vary in size depending on the location, from a minimum of 12 in the store to as many as 50 in the library.

The most popular class is Tea 101, which introduces participants to the tea-making process.

“People don’t really realize all these different types of tea come from the same plant,” Holmans said. “So when I tell people that, they’re like ‘Wow.’”

“Coffee’s not unhealthy, but people want an alternative to that—but don’t want to give up caffeine,” he said, noting that none of the teas in his store have artificial additives or flavourings.

For Holmans, who previously worked in corporate finance, going into tea was an obvious choice.

“I grew up with it,” he said. “I grew up in a military family, travelling all around the world, and Dad and Mom were big tea drinkers...we just always had it, and I’ve always loved it.”

World Tea House is modelled after “very traditional, Asian-style tea houses,” with a focus on community, where customers can come in, sit down, and share a pot of tea among friends.

Holmans said the store sees a mix of students, tourists, and others passing through the downtown area.

“The reason why we set up the place like it is, is that it’s very comfortable for everyone to come in,” he said. “It doesn’t matter who you are...everyone gets treated the same.”