With Raptors on the verge of history, Rogers Square expected to hit capacity 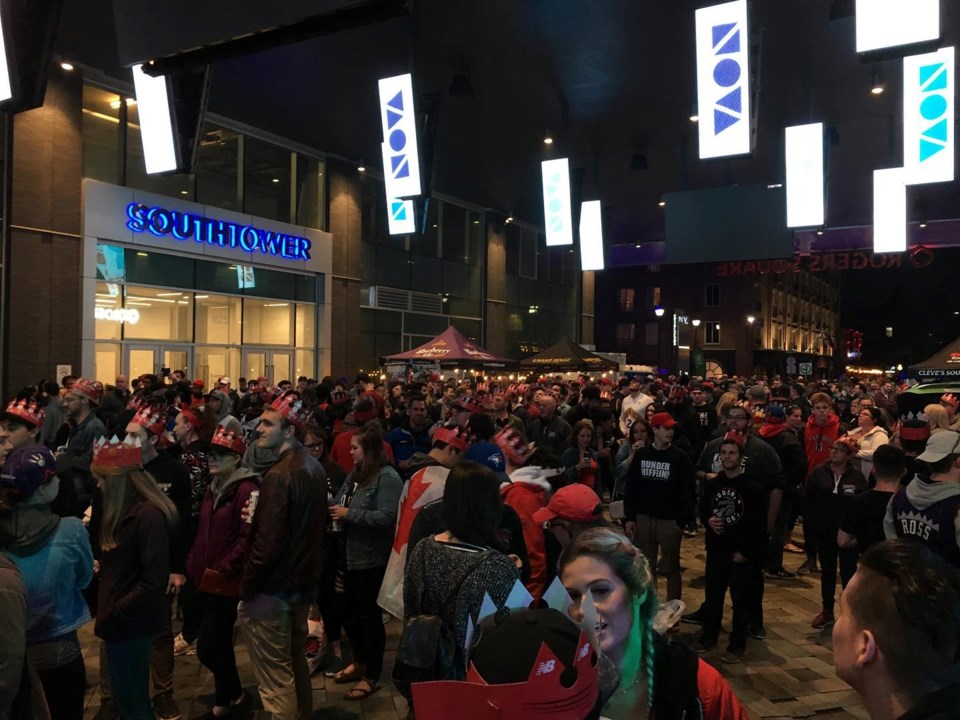 A long lineup is expected to get into Rogers Square as the Toronto Raptors have the chance to clinch their first NBA Championship.

Canadians from coast-to-coast will pack into public squares, arenas and halls for their chance to witness history Monday night.

Here in Halifax, Jurassic Park East at the Nova Centre will be packed and Tidal League Inc. is inviting Haligonians of all-ages to come to the block party.

"On Friday, we had people pouring into the streets," says Tidal League's Gab LeVert. "They even had to shut Sackville Street down for a short period of time, and we expect it to be pretty crazy again tonight, especially considering this might be the night the Raptors win their first NBA Final ever."

Doors open at 9 p.m. and LeVert recommends getting there early. For safety reasons, capacity will be set at 1,000 people.

There is no seating, so if you're going, wear comfortable footwear. Food and drink will be sold on site, including alcohol, but it's cash only.

Jurassic Park East has been set up for every game of the finals and LeVert says the crowd has been overwhelmingly energetic and excited, showing up to cheer on Canada's team.

"If you're a Raptors fan in Halifax, you've seen Jurassic Park on TV a million times and we knew there was no reason we couldn't be doing this here," he explains. "Everyone's been ecstatic. People keep thanking us for putting it on, but, if it weren't for every fan who attended, the atmosphere wouldn't be what it is."

Although every fan who makes it in to the party will be wishing for a win, LeVert and his colleagues have additional motivation to hope for victory.

"Let's hope for Raptors in 5 so I can get some sleep and get my voice back," he says with a laugh. "I want to thank everyone in Halifax for showing up. You guys have been the best fans in the country."

Atlantic University Sport suspends regular and postseason play until 2021
Jun 8, 2020 3:13 PM
Comments
We welcome your feedback and encourage you to share your thoughts. We ask that you be respectful of others and their points of view, refrain from personal attacks and stay on topic. To learn about our commenting policies and how we moderate, please read our Community Guidelines.