The Mooseheads will now head to Quebec down two games in the series
Mar 23, 2019 10:19 PM By: HalifaxToday Staff 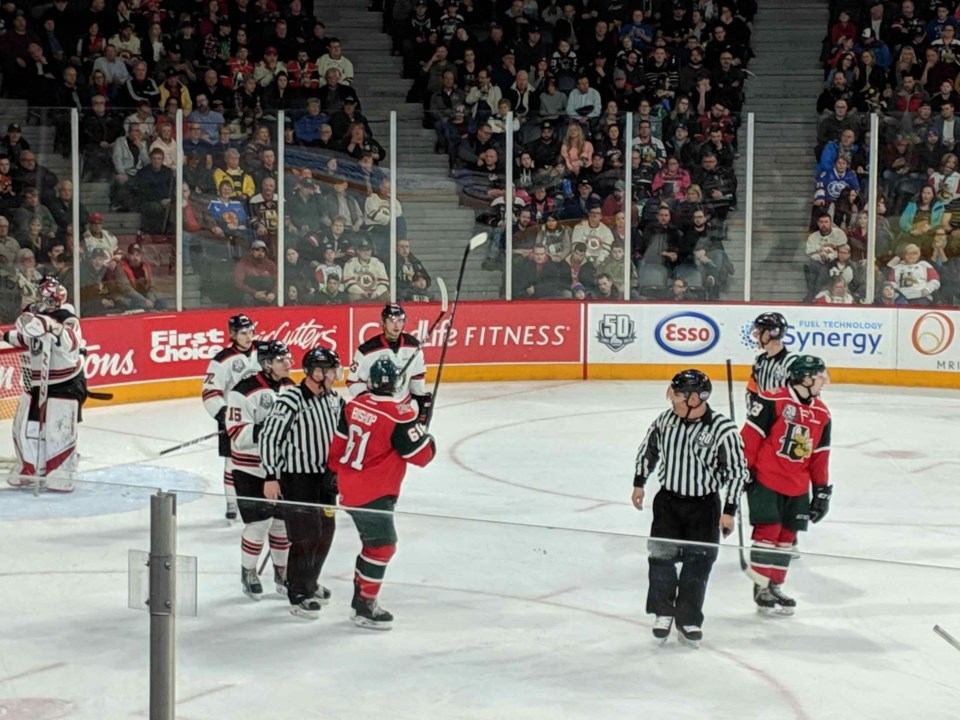 The Halifax Mooseheads playing the Quebec Remparts at the Scotiabank Centre on March 23, 2019. (Mark Hodgins/NEWS 95.7)

The Quebec Remparts are up 2-0 in their best-of-seven series against the Halifax Mooseheads after topping the Herd 5-4 in overtime.

Andrew Coxhead put the Remparts on the board first with Arnaud Durandeau responding on a power play a short time later. Jeremy Laframboise helped Quebec regain their lead, making it 2-1 Remparts heading into the second period.

Durandeau netted his second of the evening and tied things up early in the second. Max Trapenier gave the Herd their first lead of the game but Quebec's Sam Dunn responded to keep things tied. Coxhead scored late in the second period to make it 4-3 Quebec heading into the third.

Raphael Lavoie eventually netted a late goal to tie things up at 4-4 forcing overtime where Philipp Kurashev scored the game winner for Quebec.

The Herd will now head to Quebec City with game three set to go down on Tuesday.

Make sure you tune into NEWS 95.7 for all your play-by-play action with Garreth MacDonald.