HALIFAX - The Mooseheads got off to a strong start as Filip Zadina and Max Fortier scored a pair of goals to give the Herd a 2-0 lead.
0
Mar 24, 2018 9:35 PM By: HalifaxToday Staff 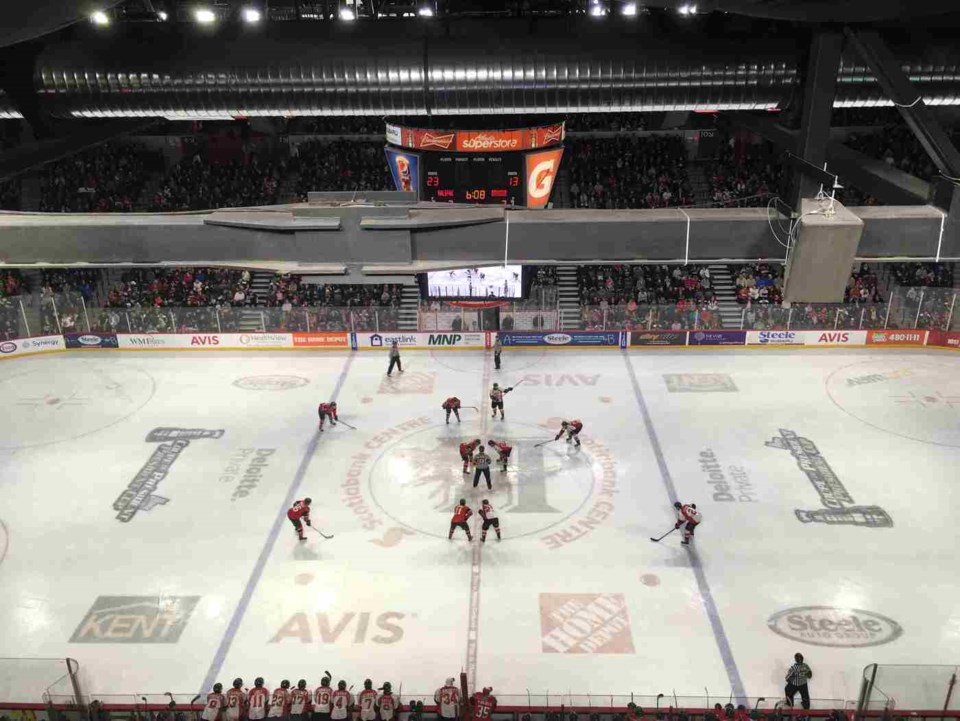 The Halifax Mooseheads playing the Baie-Comeau Drakkar in game two of their playoff series on March 24, 2018. (Garreth MacDonald)

HALIFAX - The Halifax Mooseheads are now up 2-0 in their first round playoff series after topping the Baie-Comeau Drakkar 5-3 on Saturday.

The Mooseheads got off to a strong start as Filip Zadina and Max Fortier scored a pair of goals to give the Herd a 2-0 lead.

Max's younger brother Gabriel Fortier responded, putting the Drakkar on the board before the end of the first period.

An accidental own goal by the Mooseheads early in the second period tied things up. But Joel Bishop responded by putting the Herd up 3-2 after 40 minutes.

Ivan Chekhovich tied things up early in the third with Benoit Olivier- Groulx putting Halifax back on top a short time later.

Xavier Parent followed up after that, bringing the final to 5-3 in favour of Halifax.

Game three is set to go down on Tuesday in Baie-Comeau where the Drakkar will hope turn things around.

Make sure you tune into NEWS 95.7 at 8:30 for all your play-by-play action with Garreth MacDonald.