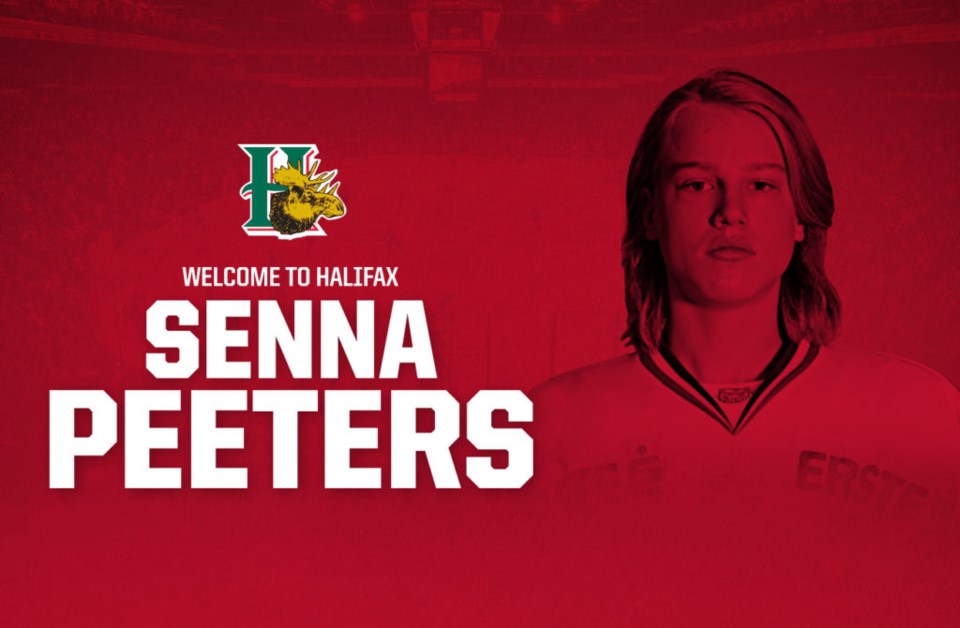 The Halifax Mooseheads have selected a forward from Belgium in the CHL Import Draft.

The 17-year-old is described as an elite level scorer who had 32 goals and 34 assists in 59 games at Selects Academy U16 last season for the school's Midget program in South Kent, CT.

He was also a teammate of Mooseheads' forward Samuel Dube the previous season with EC Salzburg U18.

The Mooseheads went into the draft with the 48th overall pick, but Victoriaville took a pass, which bumped Halifax up to 47th overall.

"Picking at 48 in this draft is difficult to really find a top tier player at times but with Senna Peeters available we feel that he is a very skilled, fast and exciting hockey player for us that we couldn't pass on," says Russell in a post on the Halifax Mooseheads website.

The Herd passed on their second round pick.

With the CHL Import Draft behind him, Russell will now be focusing on finding a new head coach for the team.

On Wednesday, the Mooseheads announced Eric Veilleux would be heading to the Syracuse Crunch.

Commemorative stamp pays tribute to all-black hockey league in the Maritimes
Jan 23, 2020 2:47 PM
Comments
We welcome your feedback and encourage you to share your thoughts on this story. We ask that you be respectful of others and their points of view, refrain from personal attacks and stay on topic. To learn about our commenting policies and how we moderate, please read our Community Guidelines.