With the win and Bathurst's 5-4 OT loss against the Islanders, the Herd still have a shot at heading into the playoffs as division champs.
Mar 16, 2018 9:49 PM By: HalifaxToday Staff 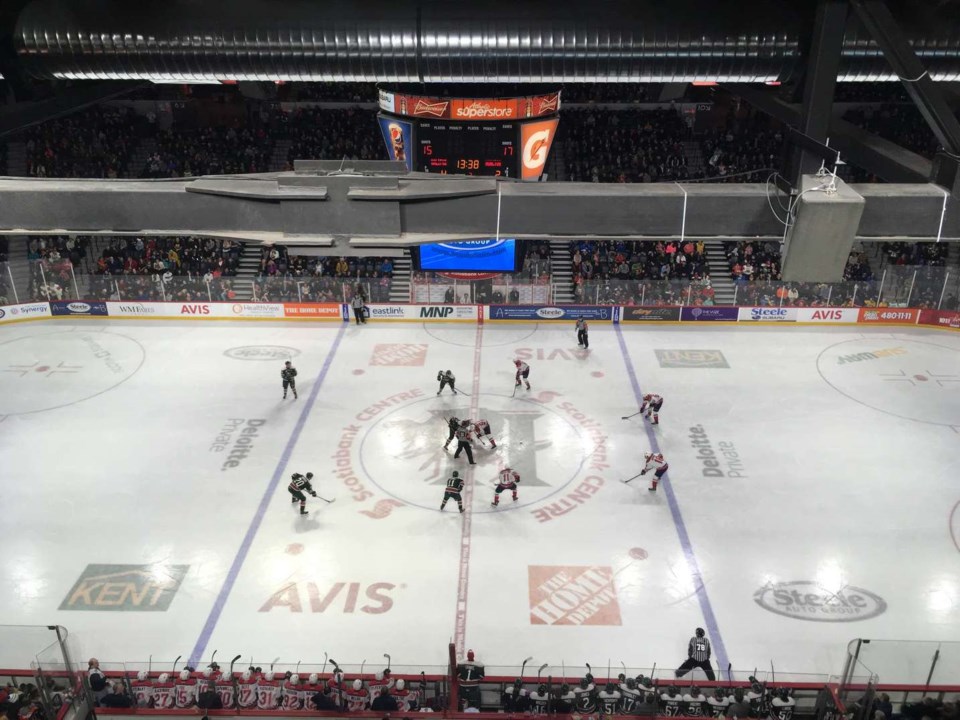 The Halifax Mooseheads playing the Moncton Wildcats at the Scotiabank Centre on March 16, 2018. (Garreth MacDonald)

HALIFAX - The Halifax Mooseheads still have a shot at winning the Maritimes Division title after Friday's 7-4 win over the Moncton Wildcats.

It looked like it was going to be a scoreless first period until Daniil Miromanov and Jakob Pelletier gave Moncton a 2-0, scoring a little over a minute apart.

Raphael Lavoie managed to sneak one minutes later to cut Moncton's lead in half after 20 minutes.

James Phelan responded with Connor Moynihan scoring shortly after. Phelan eventually netted another one to bring Moncton within two.

But it wasn't enough, as Moynihan netted his second of the evening in the final period to make it a 7-4 final.

With the win and Bathurst's 5-4 OT loss against the Islanders, the Herd still have a shot at heading into the playoffs as division champs.

But in order to do that, they must defeat the Acadie-Bathurst Titan on Saturday in what will be their last game of the regular season.

A lot of excitement in Herd nation as Halifax Mooseheads await return to play
Jan 7, 2021 6:38 AM