Islanders sweep Mooseheads out of playoffs with 4-2 win

The Islanders lost seven out of the nine times they played the Mooseheads during the regular season
Apr 11, 2018 9:37 PM By: Chris Halef 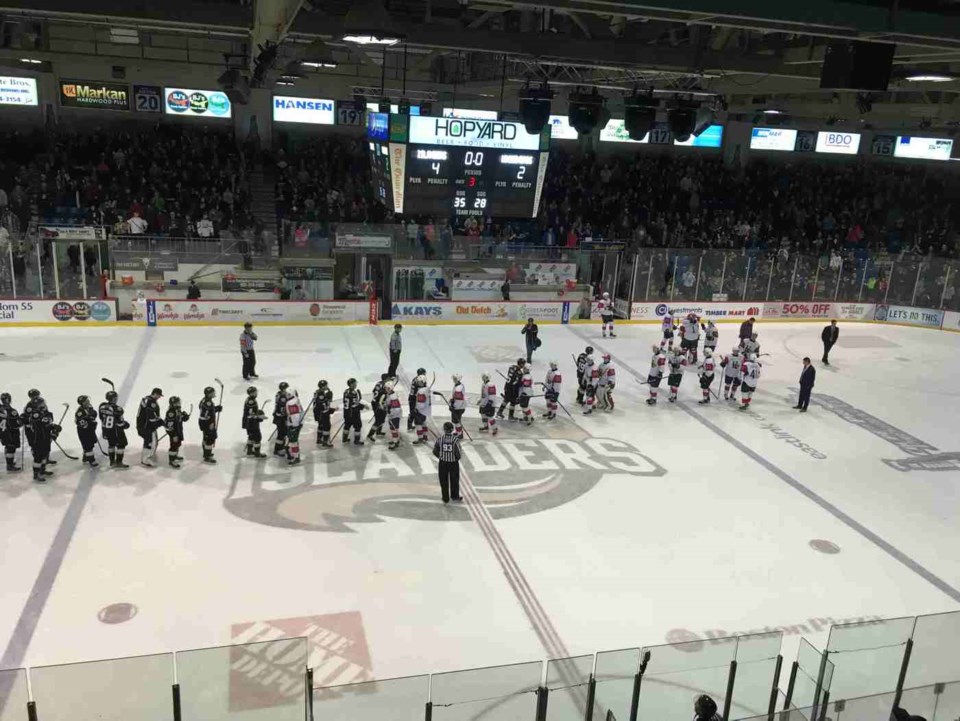 The Halifax Mooseheads and the Charlottetown Islanders embrace following the Islanders' 4-2 win on April 11, 2018. (Garreth MacDonald)

CHARLOTTETOWN, P.E.I. - The Charlottetown Islanders knocked the Halifax Mooseheads out of the playoffs with a 4-2 win Wednesday night, completing the 4-0 series sweep.

After a scoreless first period, Filip Zadina put Halifax on the board early in the second.

Joel Bishop netted his third goal of the playoffs minutes later to give Halifax a 2-0 lead with Charlottetown's Daniel Hardie eventually cutting Halifax's lead to one near the end of the period.

Nikita Alexandrov tied things up for the Islanders with his sixth of the post-season to make it 2-2 early in the final period.

Keith Getson scored his ninth of the post-season to give Charlottetown their first lead of the game as time ticked down in the third.

Halifax fought hard to tie it up, but an empty netter from Derek Gentile sealed the 4-2 win for the Islanders.