LeBlanc has been named president of business operations for the Ottawa team
Apr 20, 2020 4:06 PM By: Canadian Press 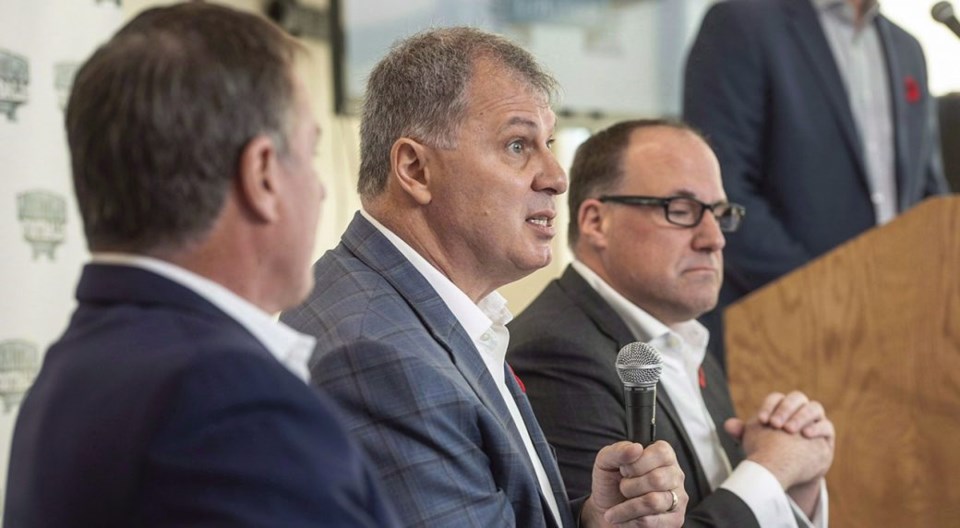 OTTAWA — The Ottawa Senators have named Anthony LeBlanc as their president of business operations.

LeBlanc was most recently a founding partner of Schooner Sports and Entertainment, a group trying to bring a CFL team to Halifax.

He served as president, chief executive officer and alternate governor of the Arizona Coyotes from 2013 to 2017. Prior to joining the Coyotes, LeBlanc was vice president of global sales for Canadian tech company BlackBerry Limited.

The Senators said Little was fired due to behaviour "inconsistent" with the core values of the team and the NHL, but Little said the reasons for his dismissal were the result of a heated disagreement between himself and team owner Eugene Melnyk.

Schooner Sports and Entertainment said Monday that it remains committed to bringing a CFL expansion franchise to Halifax despite losing LeBLanc.

"We would like to congratulate Anthony LeBlanc on his new position with the Ottawa Senators," the organization said in a statement. "Schooner Sport and Entertainment's (SSE) partners have always owned or held leadership roles in businesses and sports organizations throughout North America in addition to SSE.

CFL commissioner Randy Ambrosie wasn't immediately available for comment. Last month he said he reached out to officials with Schooner Sports and Entertainment to re-iterate his vision of having the Atlantic Schooners on board to make the league a truly national entity.