According to the director of Halifax Transit, Public Health says there's no risk to transit riders or the public
0
Mar 26, 2020 7:30 AM By: Mark Hodgins 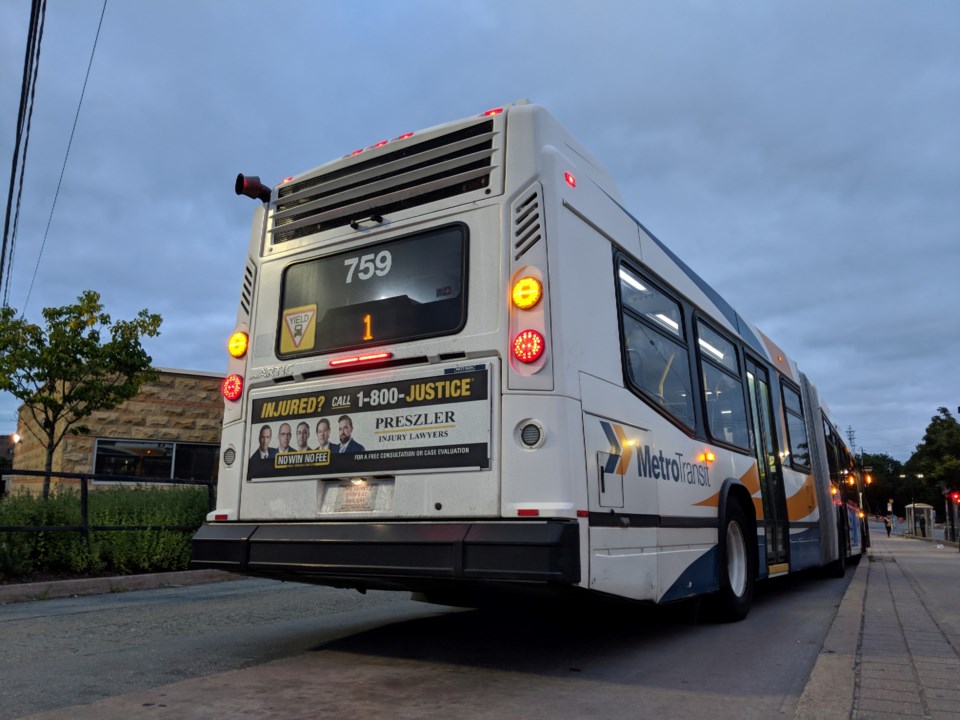 A Halifax Transit bus is seen here at Mumford Terminal on Monday morning. Major changes to routes kicked in on Monday and some passengers are frustrated with the changes. (Mark Hodgins/News 95.7)

In an email sent to the mayor and councillors and obtained by HalifaxToday.ca, transit director Dave Reage writes that Halifax Transit was informed of the diagnosis on Wednesday evening.

Reage writes that all evening shift workers were sent home immediately, and the morning shift has been told not to come in on Thursday so that "thorough" disinfecting of the facility can be completed.

"Based on an assessment of the circumstances, Public Health has indicated there is no risk to transit riders or to the general public," Reage explains in the letter.

"Public Health has advised that the Burnside Maintenance Depot can remain operational and staff who have not been contacted by Public Health can report to work at the direction of Halifax Transit," Reage wrote.

"I'm being told that the Burnside maintenance garage has been completely shut down since last night at 10:30, and as of 6:30 this morning there has not been one cleaner on site to clean anything," Wilson said in an interview on Thursday morning.

News of the infected worker comes just days after the union publicly requested a 24 hour pause on transit service.

Wilson says this is an example of why that request was made.

"It was a two-fold approach, one was to get everything off the road, all equipment serviced and properly disinfected," he explained. "At the same time it would allow us to refocus on what resources we could allocate for operations to pick up essential workers."

At a news conference Thursday afternoon, the province's chief medical officer of health said steps have been taken to identify the close contacts of the individual that tested positive.

"Appropriate steps have been taken to self-isolate and test those close contacts," said Dr. Robert Strang. "There hasn't been broad exposure within the workplace."

He said there's no risk beyond those identified contacts and no need to close the worksite.

Strang also said the source of the case's exposure doesn't involve riding on a bus.

Good morning, Halifax!
Apr 3, 2020 5:00 AM
Comments
We welcome your feedback and encourage you to share your thoughts on this story. We ask that you be respectful of others and their points of view, refrain from personal attacks and stay on topic. To learn about our commenting policies and how we moderate, please read our Community Guidelines.