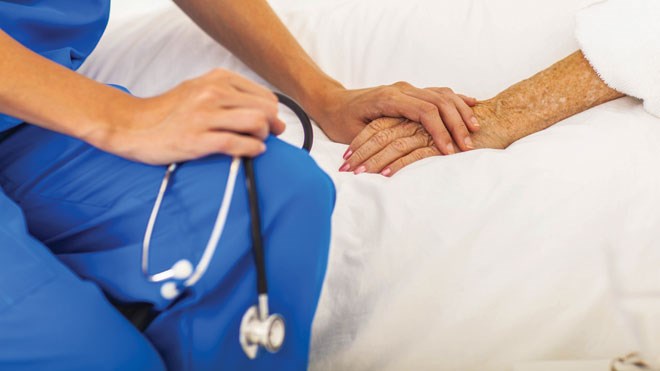 A Halifax woman with stage 4 breast cancer will die on Nov. 1, which is sooner than she'd like.

Canada's medical assistance in dying legislation requires the patient to consent to end their life when making the request and again immediately before the medical procedure is performed.

Audrey Parker's cancer has spread to the lining of her brain and she fears she won't be able to give that final permission if her condition worsens.

"I've been suffering terribly this week so I know my body is getting ready to really not be in good shape."

The 57-year-old understands the need to protect vulnerable people from family members who may not have good intentions, but said the current law excludes too many from having the procedure.

"Let's just say I had early onset Alzheimer's or something that I knew would affect my mental capacity, well for people like that it's not even an option for them because we all know they're not going to have any mental capacity when they would receive medical assistance in dying."

She said it wasn't easy to pick the date of her death but she didn't want to miss her window of opportunity.

Being able to plan her death has given Parker a sense of control helps make her feel less like a victim.

"They say within a month I won't even be able to go to the bathroom, I'll have to be on a bedpan. That's how much I'm going to decline," she said. "I tried to pick Nov. 1st thinking that I can make it and I won't be too badly off. That's what I'm hoping for."

She also hopes Canadians come together to write their Members of Parliament to change the law.

"This may not be affecting you right now, but it will affect you down the line, it will affect family members," said Parker. "If we rally as a team, we can change this law much sooner."