The weather knocked out power for thousands Thursday
Nov 29, 2018 2:39 PM By: Meghan Groff 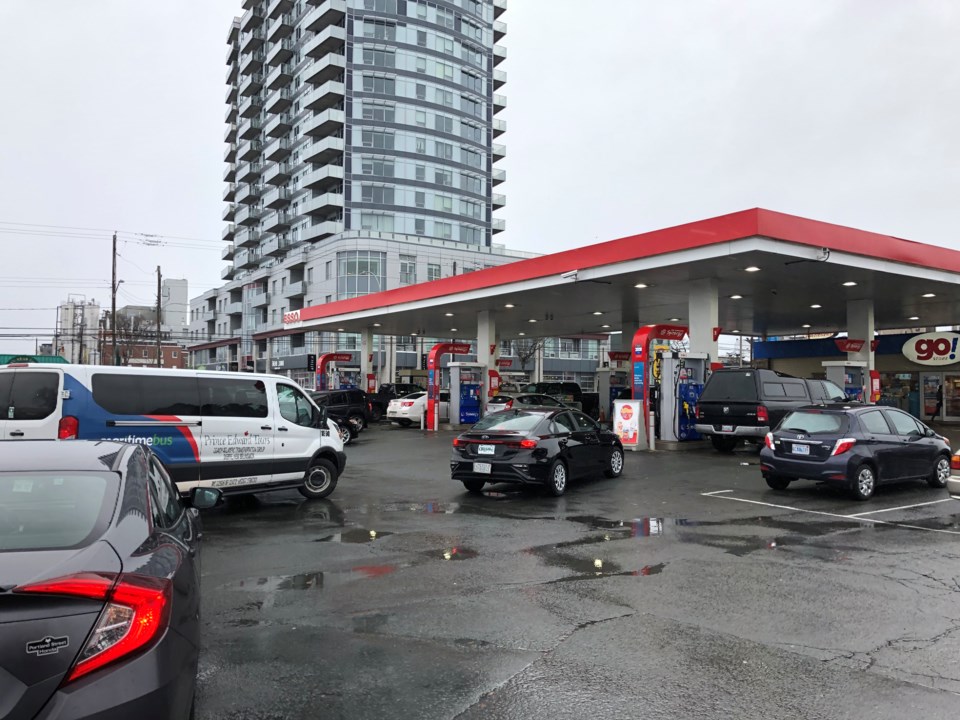 Many Nova Scotians spend a large part of Thursday not being able to work, fill up their cars or make coffee.

This after a massive power outage, which affected 250,000 Nova Scotia Power customers at its height.

Spokesperson Tiffany Chase said a major transmission line near Port Hawkesbury was the main reason those in the Halifax area didn't have electricity.

"It experienced a series of cascading events that caused it to go down," she explained. "That line is sort of the backbone of the system that flows the electricity from our generating plant in Cape Breton to customers on  the mainland of Nova Scotia and into Halifax metro."

In addition to that, a similar event happened near Memramcook, New Brunswick, which shut down the transmission lines that link the two provinces.

"Both the Nova Scotia and New Brunswick are interconnected, and that's purposeful so that it can provide support to one another and provide a stable electrical grid," said Chase.

However, the system is designed to shut off power to protect itself from damage, which Nova Scotia Power said allowed for quicker restorations.

"That's better for our customers because it means that the system itself hasn't experienced the level of damage that it could, should we have a surge in voltage for example," Chase explained. "In this case the system did exactly what it should have done, unfortunately causing temporary interruptions for our customers, but we're working hard to get those customers back on."

Both lines have since been restored and crews are working to repair damaged equipment.

Chase said it's "very unusual" to have two major transmission lines to go down at the same time, adding weather was a factor.

While Halifax experienced a light dusting of snow and fairly strong gusts of 80 km/h, other parts of the province weren't so lucky.

Nova Scotia Power crews in parts of Cape Breton are reporting up to 30 cm of snow in some areas.

"Very heavy wet snow has dragged down power lines, weighing them down, breaking them in some cases," she said. "We've also had trees bend over, weighed down by that heavy snow and being pushed down by high winds that have broken poles and lines."

Nova Scotia Power activated its Emergency Operations Centre Wednesday, with crews scattered throughout the province to deal with any outages.

The utility recommends unplugging electrical devices when the power goes out to protect against potential damage when it's restored.

"Even power bars should be unplugged, in case the builtin surge protection is no longer functional," NSP said in a news release.

As of 4:36 p.m. the utility reported there were about 42,000 customers without power in the province, with around 3,500 customers impacted in HRM.

For more information on power outages, you can view NS Power's outage map.

Outages have affected businesses, schools and services. A list of closure and cancellations can be found here.