'It's not that it's been a brutal winter and the worst is yet to come, it's just some places haven't had a major snowfall,' said meteorologist Doug Gillham
Feb 26, 2018 4:51 PM By: Meghan Groff 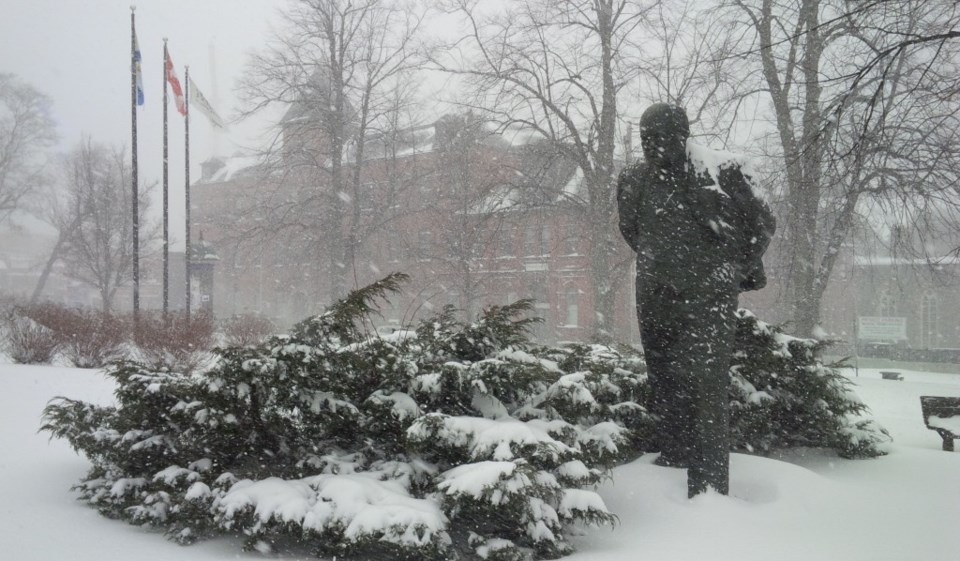 Forecasters at The Weather Network say the biggest snowfall of the year could still be yet to come, but it wouldn't take much to get there.

The network has released their 3-month forecast for March, April and May, and for the East Coast, they expect "several parting shots" from Mother Nature before the winter weather wraps up.

It's not unusual for a few Nor'easters to blow through the Maritimes in March,  but meteorologist Doug Gillham said, what that means specifically for Halifax is still to be determined.

"It's not that it's been a brutal winter and the worst is yet to come, it's just some places haven't had a major snowfall," Gillham told HalifaxToday.ca. "It's not unusual in March or even April to have a significant snowfall and for some places when that happens, it could be the biggest they've had."

According to statistics from Environment Canada, Halifax's biggest snowfall of the year so far came on January 30th, when 20.5 centimetres fell. With no significant snow in the forecast for the rest of the week, it appears Sunday's 8.2 centimetres will be the biggest snowfall for February.

Gillman says we've had above average precipitation this winter, we've just lucked out with storm tracks.

"If the storm track is just to the south of Nova Scotia, then you're on the north side of the storm and you get snow," he explained. "But most of the storms so far this year have been through the Bay of Fundy."

He said because we've been on the warm side of the systems, we've needed our umbrellas more than our shovels.

"All you need is one storm to take a more southerly track and you'd be on the snow side of the system," he said.

Gillham said meteorologists look at models, global patterns, ocean temperatures, factor in El Nino and La Nina, and look back at previous years with similar weather patterns to come up with their 3-month forecast.