Kilometres of tree coverage lining parts of 100 series highways have been significantly cut back
Dec 14, 2020 7:25 AM By: Katie Hartai 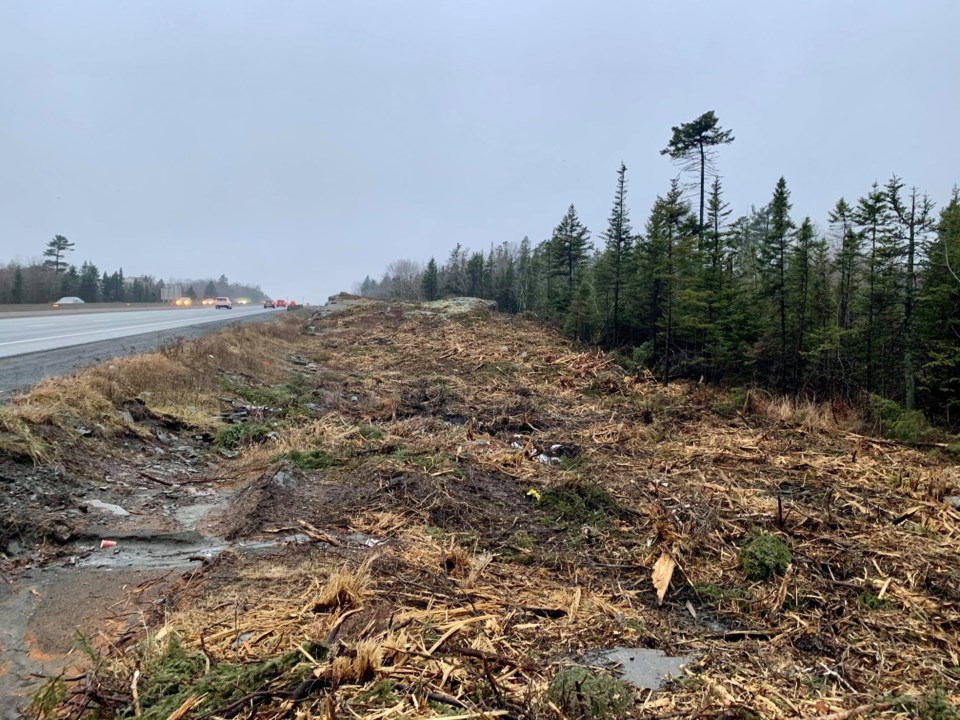 The president of Nature Nova Scotia is raising concerns about the treeline being cut into along Highways 102 and 103.

Kilometres of tree coverage lining parts of 100 series highways have been significantly cut back over the last three years, and in recent months close to Halifax.

In an email to News 95.7, the Department of Transportation says the work is part of the province's effort to return highways to their original cleaning lines to help promote safety.

"The clearing allows motorists to see wildlife more easily before it runs onto the highway. It also allows snow to blow off the road, the reduced shadowing helps melt snow and ice more quickly, and aids in drying wet roads to prevent icing," says department spokesperson Steve Warburton.

Bancroft says the province should be exploring other options to reduce collisions between vehicles and wildlife.

"Other provinces like New Brunswick put up fencing and guide the animals to either an underpass or an overpass so there is some way for the moose to move out," he says. "Because this is genetic suicide to cut them off like that."

The department says the clearing is almost finished, and a plan is in place to manage these sight lines with ongoing brush cutting.