Why don't great white sharks appear to be enjoying a seal feast at Sable Island? 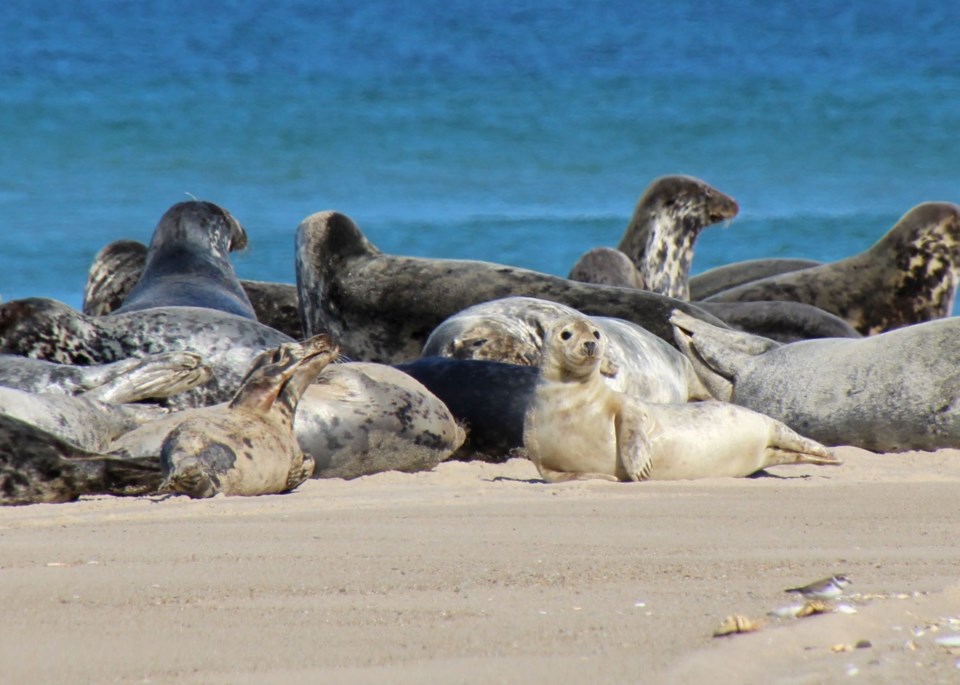 The isolated and windswept crescent-shaped sandbar that is Sable Island is home to the world's largest breeding colony of grey seals.

You'd think it would be a great white shark's version of an all-you-can-eat buffet, but that doesn't seem to be the case.

"We're detecting them in the Bay of Fundy, we're detecting them all the way along the coastline here, all the way out to the continental shelf as they come past Halifax, we have them going into the Gulf of St. Lawrence, we've followed them up to the Gaspe Peninsula and the south coast of Newfoundland, but the one place they seem to be avoiding is the Sable Island area," he said in an interview with NEWS 95.7.

Whoriskey said it's not known why great whites don't seem to spend the summer feasting on the plentiful supply of seals, but he does have a theory.

"You've got very large numbers of seals out in Sable Island and they are a very formidable predator in and of themselves," he explained.

"So one of the possibilities is that a great white shark that shows up in that area would be more at risk of being attacked by a gang of some hungry seals than it would of nailing a seal itself in an area where the seal density is as high as it is out there."

It shows a great white shark stalking seals in South Africa's waters before the prospective prey mobs together to swarm and chase off the apex predator.

"They were taking the risk on the individual basis to come in and charge. A few started it, the others joined, and suddenly you have, bam, all of them after it all at once," said Whoriskey.

With their massive size and rows of razor sharp teeth, it may seem like great whites would have little to fear but Whoriskey said nothing in the sea is invincible.

He said for great whites, there's not a long list of predators. Killer whales have been documented feeding on them and larger tiger sharks will feast on great white pups, but humans are the biggest danger.

"We have a recovering population, so the whites were driven into an endangered species status through directed and through accidental captures in various fisheries," he explained.

"They have a very low reproductive rate, only producing a few pups per female per year, and only reproducing a few times over the course of their life-cycle, so it means they don't rebound very quickly."

OTN helps to maintain a network of acoustic receivers that are able to detect tagged sea life as they swim by. They work with researchers to help analyze the data and determine changes in the travel patterns of several difference species, including a variety of fish, turtles, whales and sharks.

Whoriskey said great whites have always been in our waters, but we're now becoming more aware of their presence because of these new technologies.

"Before that they were there, we just didn't know it because they were down deep, or we weren't out at night, or the water was too cold to go swimming and nobody encountered anything," he said.

"Now through these electronic telemetry devices, we're able to pick them up and know when they're moving into our waters, follow them 24/7 in some circumstances, and be able to determine where they've gone, what they've done."

No tags yet, but OCEARCH spots first shark of N.S. expedition (22 photos)
Sep 24, 2018 10:43 AM
Comments
We welcome your feedback and encourage you to share your thoughts. We ask that you be respectful of others and their points of view, refrain from personal attacks and stay on topic. To learn about our commenting policies and how we moderate, please read our Community Guidelines.