Whose Live Anyway? to make improv magic in Halifax 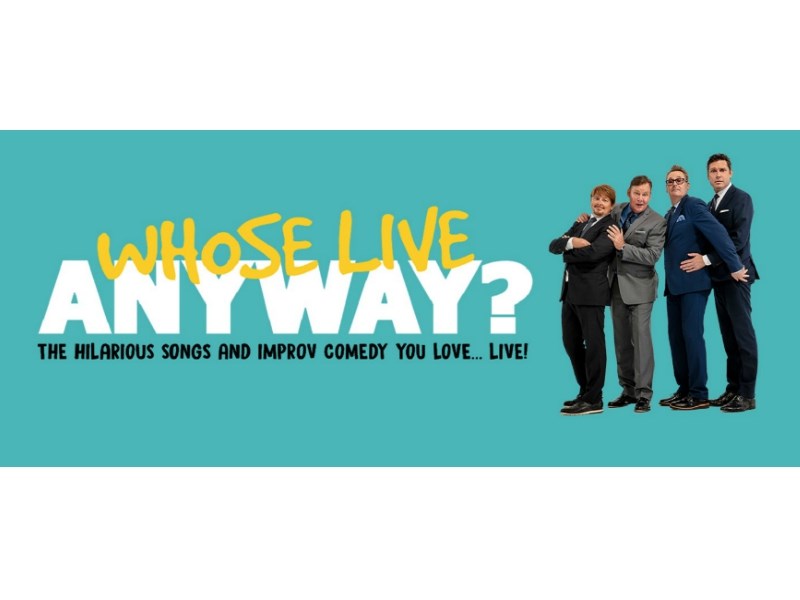 The Whose Line Is It Anyway? cast has taken their show on the road.

The popular improv team will stop in Halifax as part of their tour, where they’ll delight live audiences during each show.

Long-time member and comedian Greg Proops expressed his excitement at coming to Metro to perform on February 8.

“I’ve done the comedy festival in town three times, and I really love the city. I’ve played as Casino Nova Scotia, and I love seafood. It’s a great place to visit,” said Proops.

He said the group – after so much time together – are still enjoying each other’s company, making things manageable every day.

“We still have a good time and get along together. We aren’t punching each other yet like a rock band,” he joked. “We still find each other amusing and laugh at each other’s jokes, which is important.”

The 90-minute show is anchored by Proops, Jeff B. Davis, Joel Murray and Dave Foley, the latter of whom Proops has respect for.

“David is imaginative, weird, and brings this insanity. He’s just a really fun guy, as are the others,” he said.

Proops has been doing improv since he was 19 and going to college at San Francisco State.

“I had done stand-up, and figured this was a good step,” he said. After being picked out of the audience for a bit during an improv show, he was asked to join the group the next day.

He would then appear on Whose Line in more than 100 episodes in three iterations over 25 years. Now, he’s happy to take things on the road.

“I love traveling the country, doing improv and it’s fantastic fun. People seem to love it, and we’ve never brought the show to New Brunswick or Nova Scotia. I’m excited to go. Being on-stage makes me happier than any other time in my life,” he said.

Audience participation is key at the shows, and Proops says listening to other performers and the audience is hugely important.

“We have to stay ahead of the audience a bit, and our number one rule is to be funny. We need to feel spontaneous and give people a great show,” he said.

Proops has had a storied, interesting career, from voicing three characters – including Harlequin Demon – in Tim Burton’s Nightmare Before Christmas to playing Fod in Star Wars: The Phantom Menace.

“I went to a Star Wars convention in Chicago, met Peter Mayhew (who played Chewbacca) before his death, and it was a fantastic experience,” he said. “Being part of the Star Wars universe was great.”

While he’s enjoyed film success, he loves that the nature of improv makes for a different show each night.

“The audience suggestions dictate what we do, and the Canadian crowds are enthusiastic and smart. It’s nice we’ll be able to do Canadian jokes,” he said.

“Doing this live is a more friendly and more immersive experience, and it’s so much better than TV. You get that feeling that it’s happening right now, and there’s no going back … We encourage participation for these.”

He says those who attend will get to feel like they’re part of the show.

“It’s way more involving and when you see it live, you’ll sense all the excitement. We always hit the stage running, and we’re still enthusiastic at our advanced age,” he said.

Whose Live Anyway? will be on February 8 at Casino Nova Scotia. The show starts at 8 p.m. and is for attendees 19 and over.