Whitman to announce he's running for mayor, according to Glen Arbour Homeowners' Association

The councillor for Hammonds Plains - St. Margarets said he's not prepared to comment at this time, but he's fine with these rumours swirling
Oct 4, 2019 9:45 AM By: HalifaxToday Staff 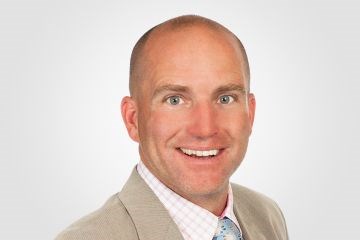 It looks like one Halifax councillor will soon make his long-rumoured bid for mayor official.

According to an email from the Glen Arbour Homeowners' Association (see below), Matt Whitman will announce he's running for mayor at an event on October 30th.

Whitman has posted on his Facebook page that he plans to make an announcement at City Hall on that day.

The councillor for Hammonds Plains - St. Margarets told HalifaxToday.ca/NEWS 95.7 he's not prepared to comment at this time, except to say he's fine with these rumours swirling.

He's been using #Whitman2020 on social media for several months.

Haligonians will go to the polls in the next municipal election on October 17, 2020.

Mayor Mike Savage has not yet announced if he plans to re-offer in the next election.

Our City Councillor Matt Whitman has announced his intention to run for City Mayor in 2020.  He will be making a public announcement on October 30th -12:00 noon at grand parade outside City Hall.  He told us that he "would love to see the Glen Arbour folks there".

Matt has been a proactive supporter of Glen Arbour throughout his term as our Councillor.  He was instrumental in helping us obtain City approval for many of our special projects  - most recently the tennis courts and the basketball 1/2 court.  He actively supported the installation of speed signs and speed humps on GAW as well as the installation of a guard rail on GAW, etc. all in support of keeping our community safe.  Many of these projects were directly funded by Matt out of his discretionary funds.

Matt's continued support as City Councillor might be seen as a strong indication of how he would be as our City Mayor. It would be great to see a show of support for Matt on October 30th as he mentioned.