Which ticks are carrying Lyme disease, and how to avoid them

Nova Scotians are increasingly concerned about the number of potentially disease-carrying ticks in the province
Jun 15, 2019 11:44 AM By: Victoria Walton 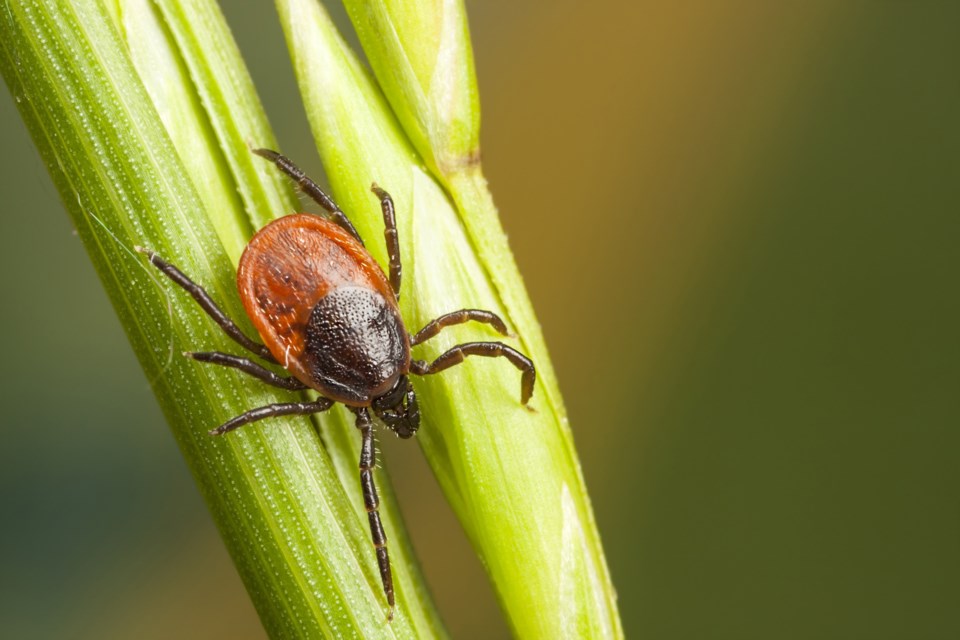 Nova Scotians are increasingly concerned about the number of potentially disease-carrying ticks in the province.

"The percentage of ticks that are infected and can cause you problems depends on where you are," says Andrew Hebda, Curator of Zoology at the Nova Scotia Museum.

Hebda is also an entomologist -- someone who studies bugs, insects and arachnids like ticks.

According to Hebda, Nova Scotia now has 14 species of ticks, but only one is dangerous: the blacklegged tick.

"So, knowing which species you have is important," he says. "But even if you're in an area where Lyme is present, the disease is not present in all of the blacklegged ticks, it's only in a set percentage."

This varies based on which part of the province you're in. For example, Hebda says about 22 to 24 per cent of blacklegged ticks in the Bedford Basin area carry Lyme disease, while the number is much higher is you travel to the New Glasgow area of the province.

Blacklegged ticks were brought to the province by birds, Hebda says, and are slowly spreading via animals they latch onto.

"They don't walk far," he explains. "They will climb up vegetation like grass or shrubs. A passing animal will dislodge them and they will grab onto that animal."

If the animal is small, like a field mouse, the tick will only travel a few metres. But if it latches onto a deer or other larger species, it could travel much further.

"Each place that the birds brought them in and they were established, and reproducing, that acts as the centre of a circle and they radiate out from that," Hebda tells NEWS 95.7's The Todd Veinotte Show.

If you find a tick, Hebda says there are a few ways to tell which species it is.

One way is to look at the tick's dorsal scutum -- a protective shield on its back.

"If you're looking at a wood tick, a dog tick, it's somewhat like a coarse triangle, chestnut brown with creamy flakes on it," Hebda says.

"The abdomen, the portion behind it is bright orange," Hebda says. "That's the only tick we have that's like that."

A tick's palps, the leg-like appendages that help it stick to your body, also can be an indicator.

It's important to see what type of tick bit you, because most tick bites are indistinguishable.

"All ticks basically punch a very small hole, roughly about 20 per cent of a millimetre," Hebda says.

A bite from a tick carrying Lyme disease may eventually appear as a bullseye rash, and the curator says it's important to seek medical attention if you've been bitten.

"It's a large rash, anything over 45 millimetres would be suggestive of something you should have a concern about," he says. "And there are a number of relatively benign symptoms that you may get such as malaise, stiffness in joints."

There is a test for Lyme, but Hebda explains that it is not accurate until several weeks after contracting the disease.

"There is a very effective test they do on the blood that detects the presence of antibodies to the bacteria," he says. "But there are insufficient antibodies until after about five weeks."

But a tick cannot transfer Lyme to a human unless they're attached to you for at least 24 hours, which is why Hebda says it's important to do regular tick checks if you're spending time in the woods.

"The most important and the easiest thing of all is do a tick check," he says. "You come in and you've been outside all day, then check yourself out top to bottom."

Hebda recommends that people visit the Department of Health and Wellness website for more information on ticks.