What's Up at The Cup: Wednesday May 22nd

The Mooseheads and Huskies are going head to head tonight in the final game of the round robin portion of the 101st Memorial Cup
0
May 22, 2019 6:07 AM By: Dave Heintzman 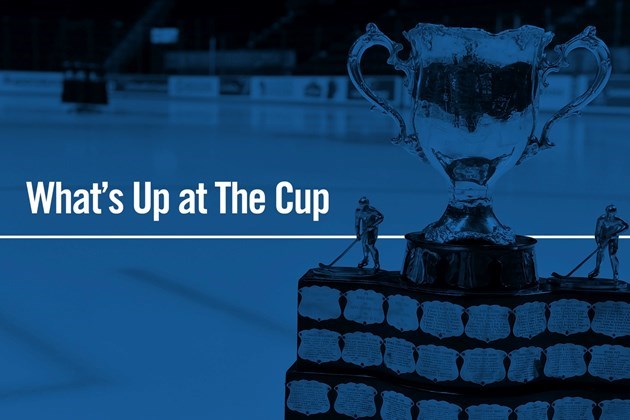 It's game day at the Memorial Cup with the hometown Mooseheads battling the Rouyn-Noranda Huskies.

That game gets underway at 8 p.m. at Scotiabank Centre.

Before the puck drops, Ria Mae is performing at 6 o'clock at the stage at the corner of Prince and Argyle for Street Fest and event manager Tanya Colbourne says all performances will be free, however it is a 19+ event.

Between the action on the ice and other festivities taking place during the tournament, parking is expected to be at a premium. Parking will be restricted in the area of Argyle, Prince and Carmichael streets and Argyle Street is closed to vehicles between Prince and Blowers until Monday, May 27.

Those going to Scotiabank Centre should be aware there is no re-entry policy. This mean once you scan your ticket and enter, you will not be able to leave and come back. Large bags, backpacks and outside food and beverages will not be allowed. All other items, like purses, are subject to a search.

For those who don't have a ticket, a large outdoor screen will be set up on the Argyle St. stage. "It will be viewable from the Blowers side of Street Fest. Our Street Fest goes from Prince to Blowers," Colburne says. TVs will also be set up in the Kubota Fan Zone at the Halifax Convention Centre.

And if you're not near a TV, you can listen to the action on the radio. NEWS 95.7 will be carrying all of the games.

Smoking is not allowed, but there will be a beer garden. Street Fest is debit/credit only.

All those attending will be subject to a search.

The Kubota Fan Zone at the Halifax Convention Centre is open daily from 4 to 7 p.m. throughout the tournament, with the exception of Saturday, May 25, when it will be open to the public from 12:30 to 3:30 p.m. The free area will feature a variety of family-friendly activities.

There will also be a daily Hot Stove event, where Nova Scotia Sport Hall of Fame President and CEO Bruce Rainnie will interview special guests to talk about their lives in hockey.

Today's special guest is Guy Lafleur, and that Hot Stove event kicks off at 5 o'clock tonight.