The airline will offer daily non-stop flights out of Halifax Stanfield International Airport to both European cities
Jan 29, 2018 3:25 PM By: Chris Halef 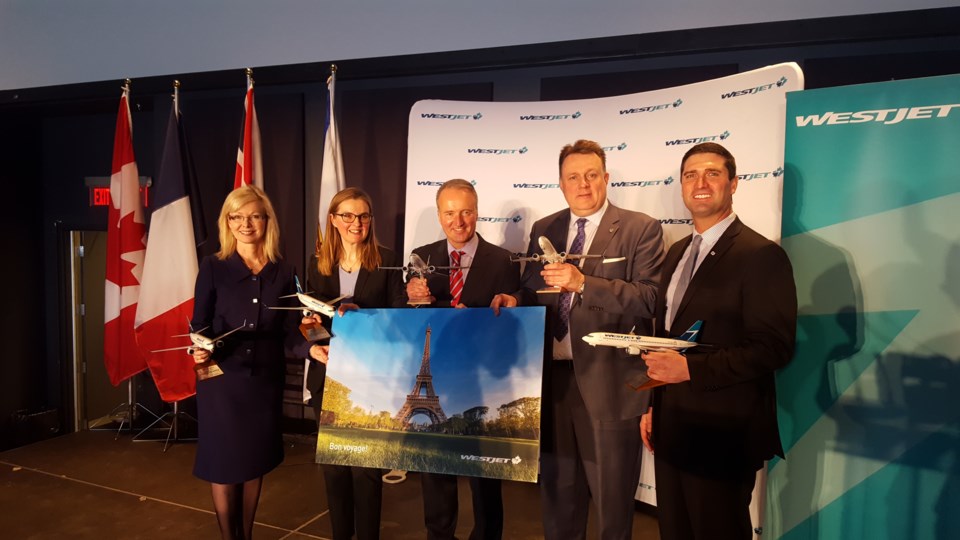 WestJet announced on January 29, 2018 new service from Halifax to Paris and London starting in the Spring. (Chris Halef)

HALIFAX - It looks like travelling to Europe from Halifax just got a whole lot easier.

That's because WestJet has officially announced that will launch daily non-stop services from Halifax to both Paris, France and London, England starting this Spring.

The flights are part of the WestJet 2018 Summer schedule released Monday, and will be operated on the airline's newest aircraft, the Boeing 737-8 MAX.

One-way introductory fares from Halifax to Paris or London are officially available now for just $199 all in.

"Those are introductory fares and we expect them to sell out," he said. "But we're also trying to keep the maximum fare level at an affordable rate, so we're working for the vast majority of these fares to be under $500."

Service to London launches April 29 while service to Paris begins May 31.

Sims says the routes will run until Oct. 27, at which point WestJet will re-evaluate to see if there is an opportunity to implement the service year-round.