West Porters Lake fire 60 per cent contained, cause under investigation

Firefighters say they aren’t deeming the blaze under control yet as the wind could shift at any moment
May 24, 2020 2:35 PM By: Victoria Walton 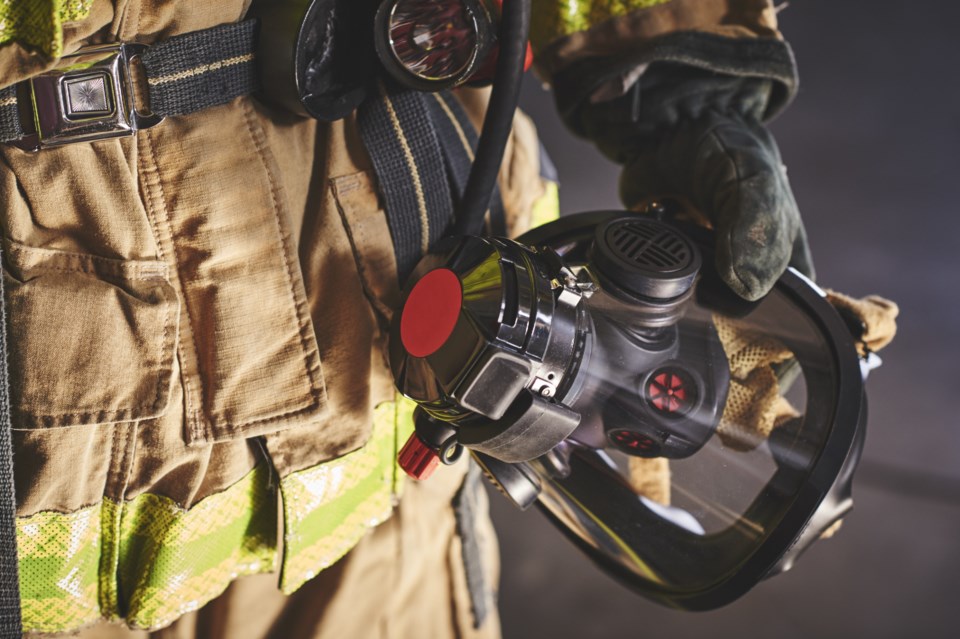 A brush fire that began Saturday afternoon in West Porters Lake has now grown to 50 hectares, and is being battled by over 75 firefighters.

“We have approximately 45 firefighters from HRM Fire in the woods, working along 30 firefighters with lands and forestry,” says David Steeves.

Steeves, a Department of Lands and Forestry representative, told the public at a 1 p.m. press conference that the fire is now considered 60 per cent contained, but is it still considered “out of control.”

“The reason behind that being the fact that we have some possible weather issues,” Steeves explains. “We’re going to have strong winds out of the West which could possibly push that fire towards the community.”

Yesterday, crews evacuated 523 homes in the area, from the 107 Highway down to Marjorie Drive and Capri Drive.

“We’ve had 83 Ground Search and Rescue team members out since yesterday, we sent them home last night but they’ve been back on the ground since 8:00 this morning,” says Assistant Chief of Emergency Management for HRM Erica Fleck.

Those crews are on standby to evacuate another 500 homes if the weather poses an issue.

“It is looking much more positive than it was yesterday but we still have them on standby just in case,” says Fleck.

Lands and Forestry says the fire has still not affected any homes, and is being kept in the woods. But that poses another challenge.

“The terrain for the firefighters that are in the wood is extremely trying. You can imagine some of the large boulders and what not that Halifax county is known for,” says Steeves. “It’s tiring work, but they are out there and they are working for the betterment of the people of this area.”

“Some are protecting houses, and others are fighting fires on ground in coordination with Lands and Forestry,” she says.

The fire has not seen any significant growth, but has grown about five hectares since first reported yesterday.

“We had our drones all night supervising the fire and watching any growth. We’re happy to report that there was no significant growth overnight,” she says.

But both Pare and Steeves both warn of the dangers of burning at this time of year.

“A small campfire has the possibility to change your life or that of your neighbours’ very, very quickly. So please check the website and adhere to the regulations,” says Steeves.

Officials say they can no longer give information on what may have caused the forest fire.

“There is an open investigation on that right now so we can’t comment on that at this time,” adds Steeves.

According to local councillor David Hendsbee, any evacuated residents can be who need to retrieve any pets, valuables, and/or medication can check in with the GSAR team at their Command Post on Highway 7 opposite of West Porters Lake Road and near the Myra Road.

“To retrieve items from their homes, they will require identification with proof of residency. Then they will be escorted in by GSAR personnel,” says Hendsbee in an email Sunday afternoon.

The Lake Echo Community Centre is also set up as a comfort centre for evacuees to charge their phones, get a bite to eat, and get the latest information.

“The Rec Ctr is spacious so the tables and chairs are safely separated to respect COVID 19 parameters for social distancing,” Hendsbee says.

The next update from officials, including information on whether residents can return home tonight, will come at 6 p.m.

“We will be making an update at 6:00 tonight and we’re hoping that residents will be able to go back home,” says Fleck. “But it’s too early to make that call with the wind.”

Why a child's freedom to travel and play without adult supervision matters
Jul 11, 2020 7:00 AM

Good Morning, Halifax!
Jul 11, 2020 5:00 AM
Comments
We welcome your feedback and encourage you to share your thoughts. We ask that you be respectful of others and their points of view, refrain from personal attacks and stay on topic. To learn about our commenting policies and how we moderate, please read our Community Guidelines.