The video shows a man wearing a bright yellow Halifax Water vest tossing a coffee cup into a hole in the road that's being filled in with dirt
0
Oct 25, 2019 11:20 AM By: Meghan Groff 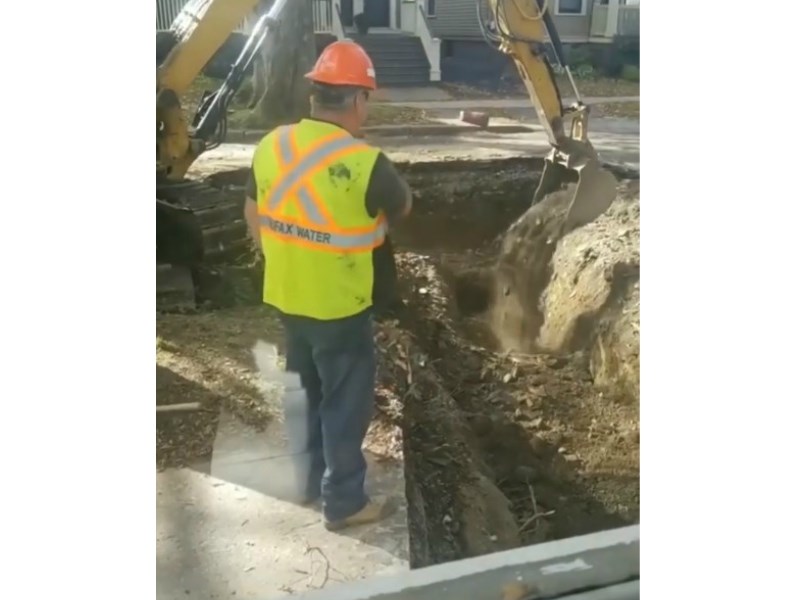 All Halifax Water staff will be having a discussion about littering after the utility's management saw a video circulating on social media Thursday.

The video posted to @halifaxnoise (see below) shows a man wearing a bright yellow Halifax Water vest tossing a coffee cup into a hole in the road that's being filled in with dirt.

"We're going to take immediate action," said Halifax Water spokesperson James Campbell. "One of the things we're going to do is, crews have safety talks, sometimes weekly, bi-weekly or monthly. I know one crew is having a safety talk, probably as we speak, just to address this issue."

He said the issue will be addressed with employees right across their organization.

Campbell said the littered coffee cup should have no impact on infrastructure and he hopes this incident won't affect customer faith in the utility.

"It really is just an issue where littering is not good," he said. "Our employees shouldn't be littering. Nobody should be littering."

Some on social media are calling for the man to be fined.

As for whether there will be any disciplinary action taken against the employee, Campbell said that was something he couldn't discuss.

CUPE Local 227, which represents municipal employees of Halifax Water, took to Twitter to say "we all make mistakes."

"I'm sure all of us littered at one point in our lives and while this situation wasn't ideal, those calling for the employee to be suspended or fired is a little much," said the tweet.

👀 from my DMs — @HalifaxWater has been tossing garbage in this all day. pic.twitter.com/MAPk9DtodB